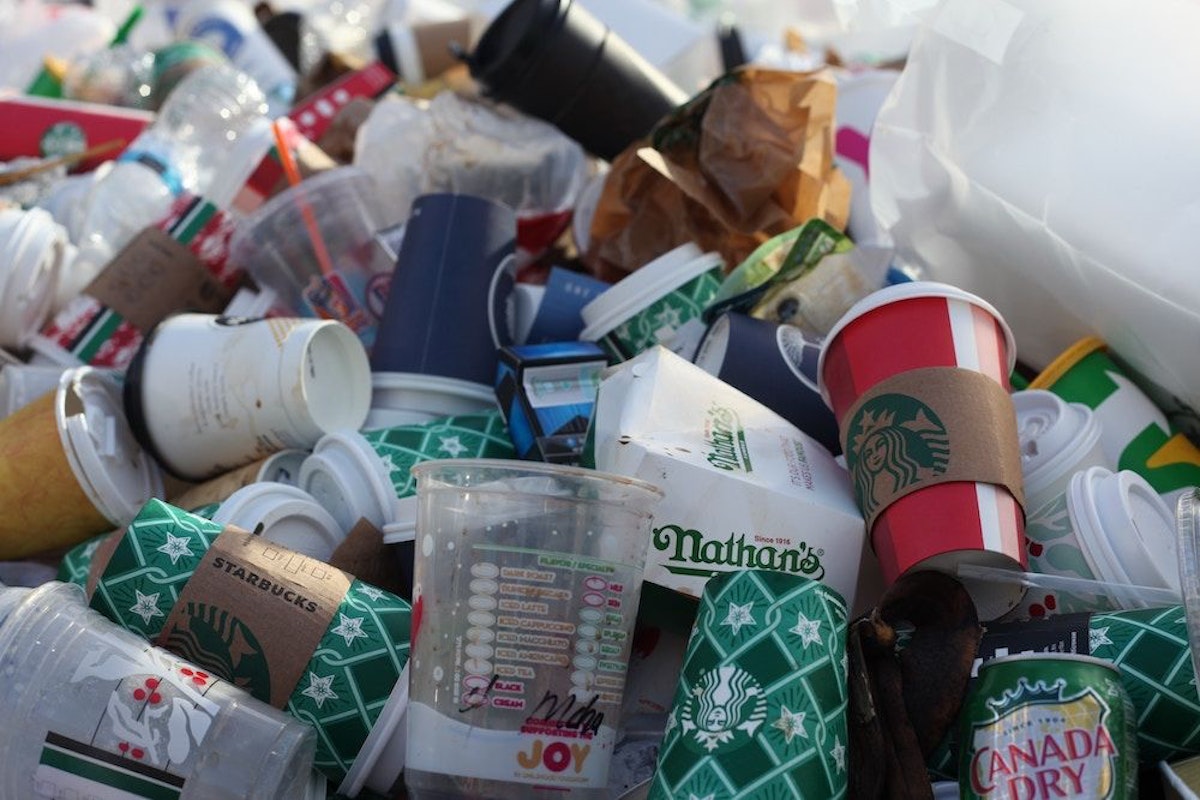 Your "carbon footprint" indicates how much carbon you emit through your daily activities—the way you travel, the food you eat, the electricity you consume, and so on. It's a strange metaphor, really. What do feet have to do with burning coal and gasoline?

The fact that it rings so familiar is a testament to its central idea: our lives are bigger than ourselves. Our carbon footprint aims to clarify our impact on the world, helping us make better decisions for our planet.

All kinds of footprints

The "footprint" metaphor arose in the early 1990s, when a pair of researchers noted that that in our globalized world, much of the food people eat and the electricity they consume and the materials that compose their homes (and so on) comes from far away. A city takes up more space than just the city.

The researchers began to discuss the idea of an "ecological footprint"—all the space required to support a particular way of life. (The metaphor, apparently, came from a student talking about the "footprint" of a computer atop his desk.)

If a city leaves a footprint, so does a country, as does an individual. Researchers can even calculate the total footprint of humanity—which, according to the official Global Footprint Network, now covers 1.75 earths. How can we take up more space than earth? It's because we are using resources faster than they are regenerated: what we use each year takes one year and eight months to replace, according to the organization's estimates.

Eventually, people began to calculate the footprints of industries and activities (like tourism) and even single objects (like your iPhone).

The footprint metaphor also began to be applied to specific parts of the environment. People now talk about water footprints and land footprints. But for most people, "carbon footprint" is the most familiar phrase.

Where the numbers come from

The core concept of carbon footprinting is simple: the number measures how much a person—or a business or a nation or any other entity—contributes to climate change by emitting greenhouse gases. It's important to know that there is no consensus on how to calculate this footprint. When an article or organization mentions the phrase, it is always worth digging to see what they mean.

Direct carbon emissions are easy to track. But indirect emissions get complicated. That's why it's worth understanding how different organizations calculate carbon footprints.

Most of us directly produce emissions by driving cars. But the use of a car depends on other emissions: When the car was built, the factory released waste. Emissions are released to build gas stations, too, and to ship fuel to the gas station. Emissions will be released when, one day, the car is compacted and dismantled. And so on. Calculating the total environmental impact of a car—or any other object—from when it was built until it becomes waste is called a "life-cycle assessment." And the data from such life-cycle assessments is where almost all carbon footprint calculators begin.

There's a lot of data! Especially when you factor in not just personal cars, but ride shares and trains and buses and airplanes—and the food we eat, and heat and electricity, and all the objects we buy. Obviously, a carbon footprint can only ever be an estimate, and researchers debate the best way to even calculate such estimates. (If you really want to get into the gritty details, this paper provides a good overview.)

The fact that the carbon footprint metaphor has become so familiar speaks to the power of its central idea: that we have an impact larger than ourselves.

Wren uses tools created by the CoolClimate Network, a consortium of businesses and researchers with close ties to the University of California, with some modifications for user experience. The calculator includes substantive estimates of indirect emissions.

One of the first groups to popularize the "carbon footprint" phrase was, surprisingly, the oil-and-gas giant BP. In 2004, the company launched an award-winning advertising campaign that included a carbon-footprint calculator on their website. The calculator focused not on industries or nations, but on individual people.

Offsetting emissions is an important step—but not one that can succeed alone. Everyone needs to get out and advocate for a cleaner world.

Some critics see this as a neat trick that "really puts all of the burden and guilt about solving climate change on the individual consumer’s shoulders," as the science writer Emma Maris recently put it. If we as consumers are working to reduce our carbon footprint—or even offset it, through projects like Wren!—we may feel we've done enough. And then we won't push governments and corporations like BP to make systematic changes.

Even if everyone across the globe was driving an electric vehicle and eating vegan, that would not prevent catastrophic climate changes. Such changes help, of course, but we need to build new transportation and energy systems, and imagine new ways to live within our limited space on the globe. Which is why we encourage our users to not just offset their carbon footprint—but to get out and vote, join local organizations, and fight for a bigger change.

What does it mean to be carbon neutral?