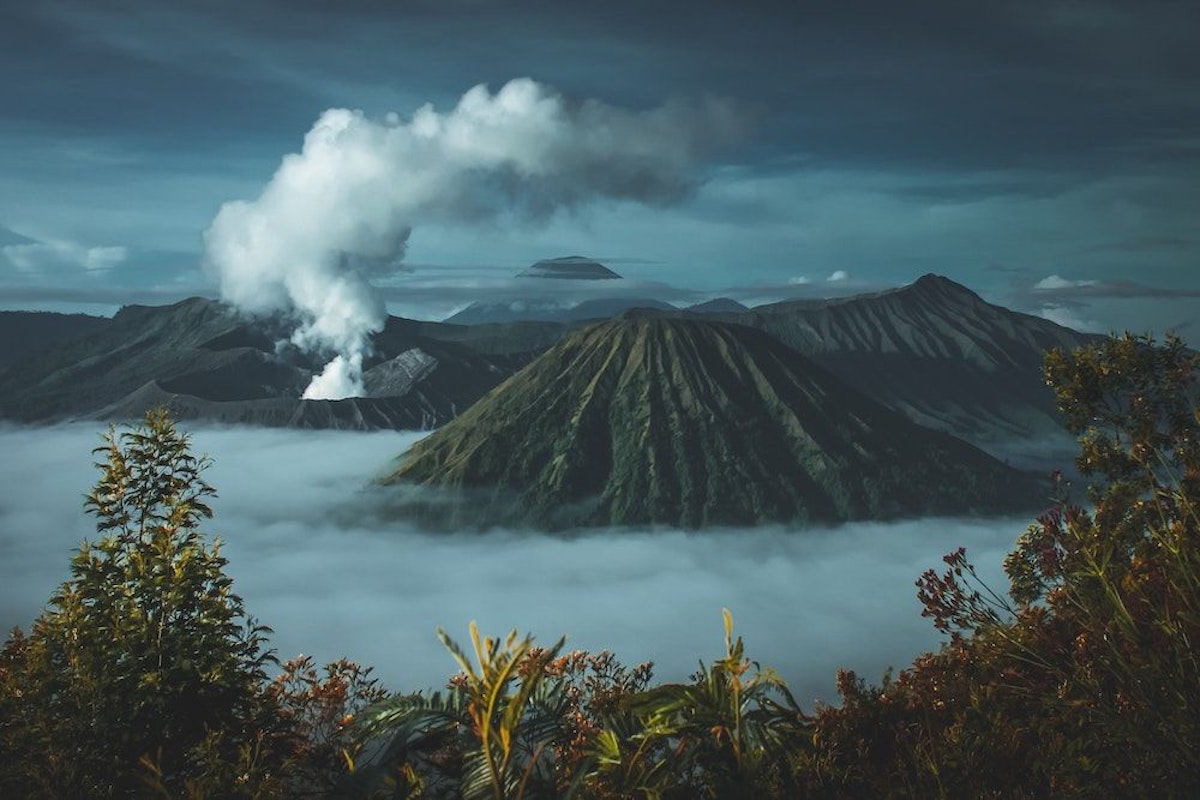 Carbon moves between various "reservoirs" on earth—from the bodies of plants and animals into rocks deep underground and then up into the sky. Its pathway between these reservoirs (or, really, its tangle of pathways) is known as the carbon cycle.

This movement allows the amount of carbon to, generally, stay in balance: if there's too much carbon in the air, this causes a ripple of effects, which eventually leads to some being pulled out and stored underground. For billions of years, this cycle has kept the earth the right temperature for life to thrive. Lately, though, humans have mucked things up.

To understand the carbon cycle, we need to have a clear understanding of the elemental nature of carbon. Often, we use the word as a shorthand for carbon dioxide—but carbon moves between reservoirs by combining with other elements to form various compounds.

Carbon is the fourth-most common element in the universe, and because its atomic structure allows for easy assembly into long chains, it is a great chemical building block. It is an essential component of countless familiar molecules: alcohols, sugars, amino acids, and so on. That's why about 20% of the human body is carbon. The presence of carbon is a defining component of what chemists consider to be "organic."

Our current carbon problem can be traced, in a way, to its great ability to be arranged and re-arranged. Among its many guises are the hydrocarbons, the molecules that make fossil fuels so useful: when the bonds between the atoms in hydrocarbons are broken by combustion, lots of energy pours out. This chemical reaction produces carbon dioxide—and because carbon dioxide is a greenhouse gas, its presence warms the earth.

Where is earth's carbon and how does it move?

On the surface of the earth, carbon moves between four different "reservoirs."

Carbon in the atmosphere generally appears in two forms: methane (CH4) and carbon dioxide (CO2). Its volume, when expressed as a percentage, can seem negligible: carbon dioxide makes up around 0.04% of the air, methane even less. But because both are greenhouse gases, even small volumes can have major effects.

As noted above, carbon is a building block for life. So the biosphere—all of the organisms on earth, along with the remains of dead organisms—constitutes another major carbon reservoir.

Carbon enters the biosphere through photosynthesis: plants (and algae and bacteria) soak up CO2 from the atmosphere, breaking it apart so that the carbon can be used in their cells. Then this carbon is passed from organism to organism: from grass into deer, for example; from deer into bear; and once the bear dies, into fungi and microbes that consume the remains.

Lots of carbon naturally passes from living organisms back into the air. If living materials burn, as in a wildfire, the combustion releases CO2. Simply by living, too, organisms produce CO2: Cellular respiration is the process by which food sources are broken down to produce energy. Most cells engage in aerobic respiration, in the presence of oxygen, which produces CO2 as a waste product.

Much of the carbon in the soil is really a part of the biosphere: it sits within decomposing organisms, as well as in plant roots and other underground bodies. Carbon can also be added to the soil is from the atmosphere. In a process known as "weathering," carbon dioxide in the atmosphere reacts with exposed rock to become carbonate soil. (Remember this! It's a very important process, one we'll return to shortly.) Soil, all told, is a substantial reservoir: There is three time as much carbon in the soil as in living plants and animals combined.

Weathering is one of the most important pathways within the carbon cycle. As CO2 reacts with rock, it breaks it down to form soil—and these chemical reactions wind up removing the CO2 from the atmosphere.

Carbon dioxide has a few different routes from the air into the ocean. Raindrops capture some atmospheric carbon dioxide, turning it into carbonic acid, which is carried to the earth's surface as the rain falls. Running water on the earth's surface can also grab up bits of soil-bound carbon, carrying it through rivers and eventually to the sea.

Carbon dioxide also passes directly between the air and the ocean at its surface, as the two bodies seek chemical equilibrium. (The same exchange happens on the surface of rivers and lakes, too.)

The ocean, though, should be thought of as two separate reservoirs. At its surface, where the atmosphere and hydrosphere meet, exchange of carbon is quite rapid. But some carbon drops into the deep ocean, where it stays much longer, often thousands of years. This means the ocean holds vast quantities of carbon—50 times more than the atmosphere, in fact.

With the exception of the deep ocean, carbon does not stay in any one of these reservoirs for more than a few decades at a time. But the "surface" reservoirs only hold a small portion of earth's carbon. The vast majority—more than 90%—is deep below ground, in the planet's mantle and core.

There has been underground carbon since the earth first formed. But carbon is also constantly being pulled into the core from the surface reservoirs. The first step in this process is the formation of rock. Shale, for example, is created over millions of year by the deposition of mud. The mud includes carbon-heavy organic materials, which through heat and pressure are converted to stone. (Fossil fuels are produced through a related process.) The remnants of marine animals, in the presence of acidic water, will also fuse together to form limestone. Very very slowly, as tectonic plates shift, some of this rock is carried down into the earth's core.

Every year, some underground carbon is returned to the atmosphere through volcanic explosions—around 150 million metric tons of carbon dioxide annually. That's quite a bit, though human beings now emit 300 times more carbon dioxide each year than volcanoes do.

How have humans impacted the carbon cycle?

Carbon dioxide works like a thermostat: because of its greenhouse effect, its presence in the atmosphere is the key determinant of how warm the earth is. We can thank carbon dioxide for keeping our planet warm enough for life—over the past 3.5 billion years it has helped hold the earth's temperature between 5 and 35°C.

But change the amount of carbon in the air and you set the thermostat to a new temperature. The biggest changes happen thanks to tectonic action. The uplift of the Himalayan mountains 50 million years ago, for example, dropped the earth's temperature substantially. That's because all that newly exposed rock was available for weathering. Lots and lots of carbon dioxide got pulled from the atmosphere, and put into the soil instead. The reduction in the greenhouse effect cooled the atmosphere.

Carbon dioxide works like a thermostat: it's because of its presence that our planet has always been warm enough for life.

Tectonic changes can also cause sudden warming—sudden, at least, on a geological scale. Five million years before the Himalayan uplift, something—perhaps the massive release of methane from the sea floor—led to a mass transfer of underground carbon into the air. The amount of carbon in the atmosphere doubled, and temperatures may have increased by as much as 5 degrees.

In a way, the deep carbon cycle can "correct" these kinds of big, tectonic changes. An increase in temperature causes more rain, which causes more rock weathering, which pulls carbon from the air into the soil. Eventually the soil will be carried to the ocean floor, and then the carbon will slip into the earth. This is a slow exchange. The full cycle can take between 100 and 200 million years.

And here is the scary part: by burning fossil fuels, humans are releasing rock-bound carbon at a rate far faster than ever before in earth history. Even compared to the methane catastrophe 55 million years ago, we are going too fast: we are releasing carbon at a rate 10 to 20 times the fastest known natural speeds. And if we want to live on a familiar, comfortable planet, we cannot just wait around for a few thousand millennia for a slow-moving thermostat. We need to act—and soon.