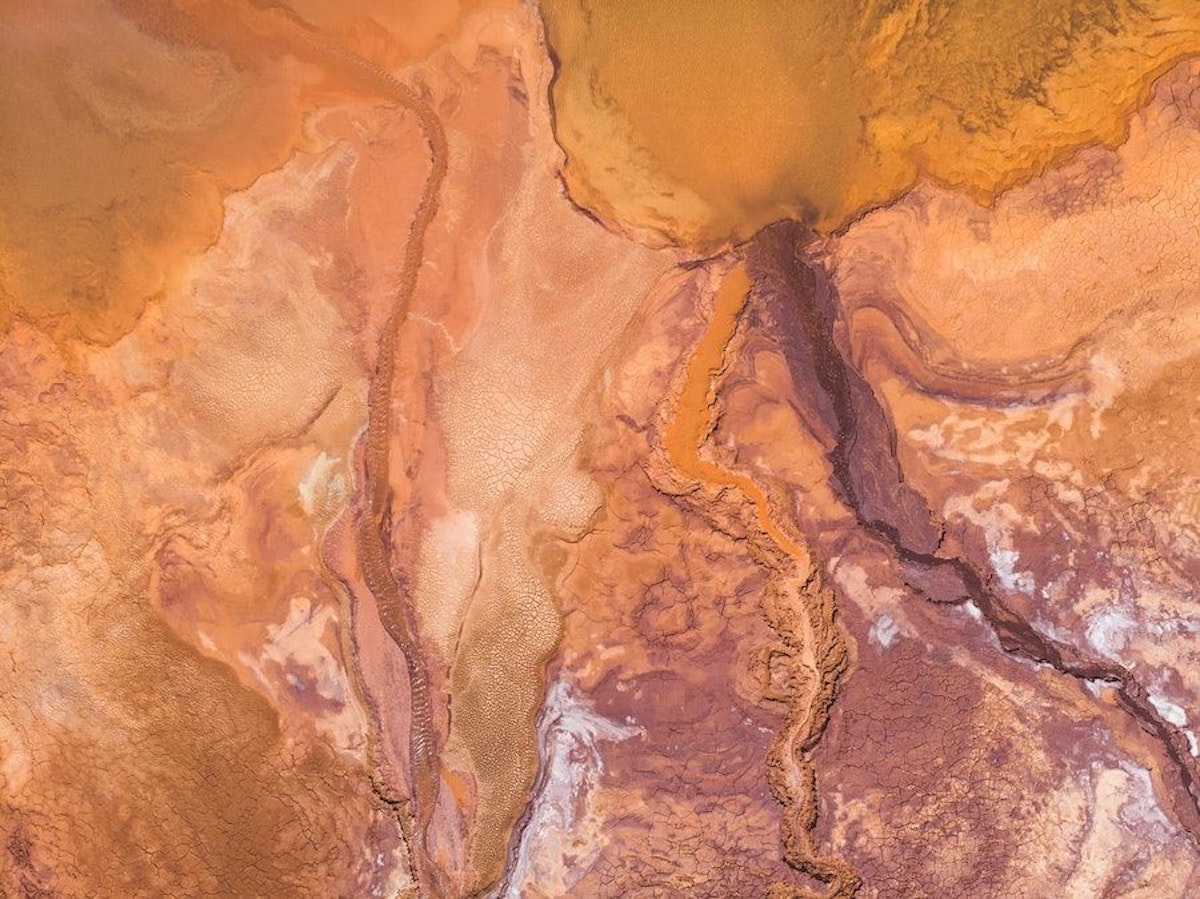 If you want to get a sense of how lucky you are to be on this planet, just listen to the story of Venus.

Once our nearest neighbor had liquid oceans, just like we do. But greenhouse gases began to accumulate in the atmosphere. The air grew hotter and hotter, until the water began to boil, creating a thick, moist sky.

Eventually, Venus's surface grew so hot that water was unable to condense into rain at all. Instead, it leached out from the top of the atmosphere, into space. This left behind a dry and desiccated planet—and a hot planet. Today, at Venus's surface, lead stays in its liquid form.

This nightmarish sequence of events is known as the runaway greenhouse effect. Could it happen on earth, too?

What happened on Venus?

Venus, though, was never just a floating hunk of rock: it has an atmosphere. Its early atmosphere included two greenhouse gases, carbon dioxide and water vapor. Sunlight can penetrate this mixture, but some of the heat generated by the planet gets trapped. This meant there was more incoming heat than outgoing heat, raising the surface temperature. (In other words, there was a greenhouse effect. You can read a full explanation of the greenhouse effect here.)

Water is a particularly problematic greenhouse gas, given its ability to change states. As a planet grows hotter, more and more of its liquid water will evaporate—creating more atmospheric water vapor, which, as a greenhouse gas, leads to more warming still.

There is a check on this feedback loop: The atmosphere eventually grows saturated, unable to hold more water. Some falls out as rain. The trouble comes when a planet gets so hot that water can no longer exist in liquid form. This is when the "runaway" problem kicks off. It happened on Venus due to the sun's increasing heat. (The sun has slowly grown hotter throughout its lifetime, and does so still.)

Once the water is gone, it's game over: there is no way to stop the runaway greenhouse effect. Today, on Venus, the surface is hot enough that lead is a liquid.

An atmosphere made up of so much hot water serves as an incredible trap for solar radiation. All the evaporated water caused temperatures to further skyrocket. Eventually, the water vapor escaped into space.

"At that point it’s game over," as planetary scientist Paul Byrne told the Washington Post. Water helps to scrub carbon out of the air, carrying it into oceans, and eventually back underground. (Read more about the carbon cycle here.) On Venus, without water, carbon dioxide just stuck around in the atmosphere—once again creating an extensive greenhouse effect.

Today, Venus's air is 96% CO2, compared to far less than 1% here on earth. The global mean temperature on Venus is around 450ºC.

Is this likely to happen on earth?

A runaway greenhouse effect not just likely, it's certain.

As noted above, the sun is slowly growing warmer. Eventually there will be so much solar energy reaching earth that our water will boil away, too. But don't worry—this won't come for another two billion years.

The real question is whether by emitting carbon dioxide, human beings might kick off a runaway state. For decades, most scientists believed that this was all but impossible.

James Hansen, a climate scientist famous for testifying in front of U.S. Congress, published a paper in 2013 that suggested we could do just that: burn through the global fossil fuel reserves, and you'll knock the planet into a runaway state.

The idea that human beings could launch a runaway greenhouse effect is dismissed by most scientists. That doesn't mean we should breathe easy.

This, though, is a minority viewpoint. Another paper, also published in 2013, reiterated the longstanding skepticism. The paper conceded that the runaway problem "may be much easier to initiate than previously thought," but the authors still found that carbon dioxide would have to reach more than 30,000 parts per million to make it happen. (Today, we are just over 400 ppm). That would require burning not just all of the planet's fossil fuels, but huge amounts of carbon dioxide stored underground as incombustible rock. Other scientists, using a slightly different model, also found there was essentially no way for humans to trigger the runaway effect.

Don't let earth's relative coolness calm you too much. Sure, the runaway greenhouse effect is a particularly hellish scenario. But there there is a whole list of nightmares we will endure long before the planet is hot enough to lose its water. So even if we're unlikely to burn the planet to a crisp, if you care about future generations—or even about people elsewhere on the globe, suffering from climate change already—complacency is just not an option.

What is ocean acidification?