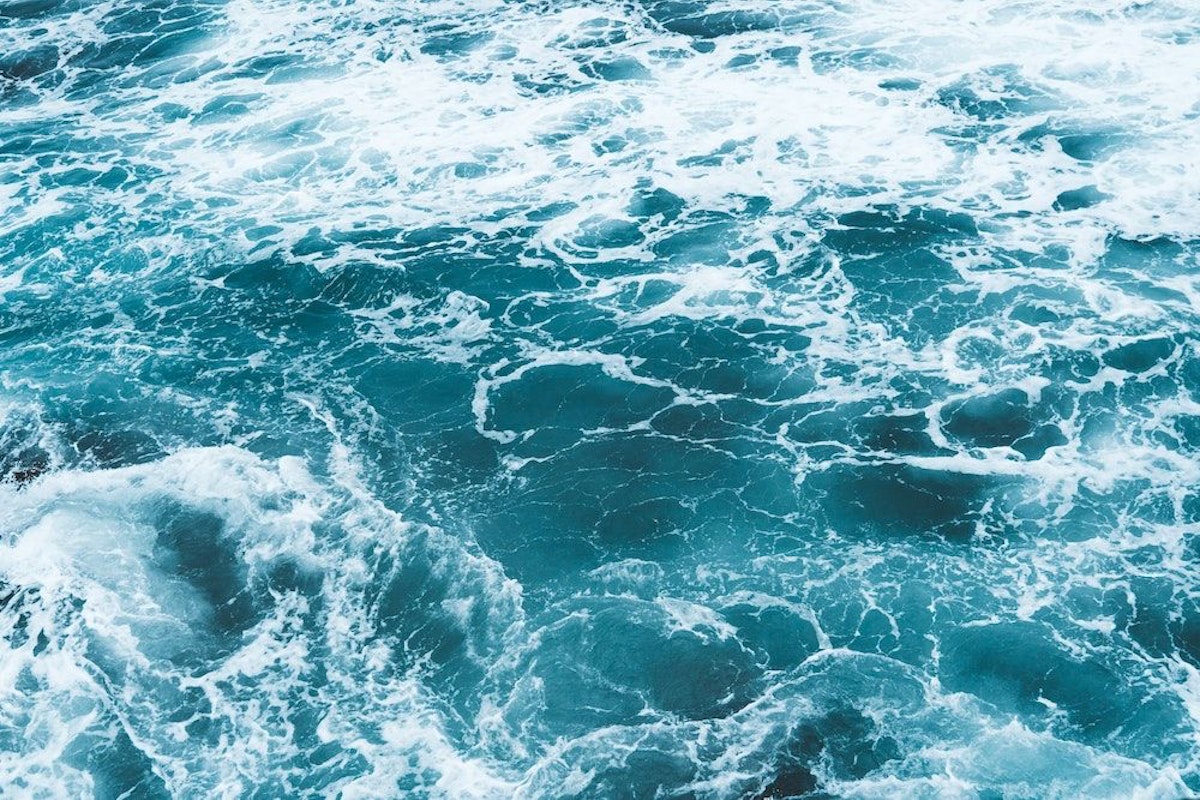 Be thankful for oceans: all that water has a special ability to pull carbon dioxide out of the air. Some scientists estimate that the oceans have absorbed a third of carbon humans have released throughout the industrial era. If not for that gift, our fossil fuel use might have already made the world unlivably hot.

For creatures who live in the ocean, though, this ability is not at all good news. All that CO2 creates a problem that is often dubbed "global warming's evil twin": ocean acidification.

The name is slightly misleading. Right now, the oceans are basic—that is, their pH is greater than 7, due to the presence of alkalines dissolved from rocks. But the increase in oceanic CO2 is dragging the oceans closer to a neutral state. That could be ruinous for sea life—and for human beings, too.

CO2 dissolves in water, which means it can move freely between the air and the surface of the ocean. And while some of the dissolved CO2 flows back up into the atmosphere, some is up pumped downwards by currents. Through this process, as much as a third of the carbon we've put in the atmosphere has been stored in the ocean, an essential buffering that has reduced the extent of global warming.

Ocean acidification is often known as global warming's evil twin, and for sea life it may be just as devastating. Humans won't be spared, either.

As it dissolves, the CO2 reacts with water molecues to form new compounds, including, unfortunately, carbonic acid.

A brief high-school chemistry refresher: acidic molecules like to "donate" their hydrogen ions to the surrounding solution. The presence of carbonic acid, then, increases the number of hydrogen ions in the water. The pH scale—short for "power of hydrogen"—is simply a measure of how many hydrogen ions are present in a water-based solution, so the addition of CO2 is directly lowering the ocean's pH.

How much have the oceans changed?

Over the past two centuries, the pH of the ocean has dropped from 8.2 to 8.1. That may sound small, but the pH scale is logarithmic. Compared to the pre-Industrial era, the oceans are 30% more acidic today. The pH has not been this low in at least two million years.

Given that we're still pumping out carbon, the ocean's pH is might drop by another 0.4 by the end of the century. That will make the oceans 150% more acidic than before we began burning fossil fuels.

What effects does this have?

We don't fully know. It's hard to recreate something as massive as the ocean in a laboratory.

One thing is clear: Creatures that build hard shells or reefs—think oysters and clams and corals—are going to suffer. These animals use carbonate, a salt, as a building block, but chemical reactions between CO2 and water reduce the amount of carbonate available in the ocean. The increasingly acidic conditions can also dissolve shells once they're formed.

Acidity isn't just bad for shells. The jumbo squid, an apex predator, is likely to experience depressed metabolism. Due to interference with their neurotransmitters, some fish will have weakened olfactory and auditory abilities. Mussels might have dampened immune responses. There is even evidence that the acoustic properties of the water will be altered, creating a noisier sea. (Imagine living in a constant construction zone—and what that might do to your health.)

The ocean's increasing acidity may depress some species metabolism, weaken immune responses, and reduce navigation abilities. The ocean might get noisier, too.

The loss of any one species impacts many others. Coral reefs provide essential habitat. Shell builders also include some microscopic creatures: Tiny phytoplankton, for example, armor themselves with calcium-carbonate plates, and if these creatures decline, the loss will ripple upwards through the food chain. Studies of oceanic regions that are already high in CO2 due to natural volcanic vents show greatly reduced biodiversity.Throw in warmer oceans and decreasing oxygen concentrations—both of which will be caused by climate change—and ocean productivity could drop by as much 20% by the year 2100.

We know that when an ancient volcanic eruption caused a spike in ocean acidity 250 million years ago, the impact was even worse: There was a mass extinction event. Even if countless species aren't wiped out, a half billion people depend on the ocean in the regions that will be hardest hit. So this will be a human catastrophe, too.

In some regions, the coming apocalypse is already apparent. Acidification is already devastating U.S. Pacific oyster fisheries. Now many scientists are watching the Arctic, which is seen as a particularly vulnerable region, and therefore a bellwether for future changes.

Is there anything we can do about it?

One potential solution is to dump particles of iron into the water. This idea was first proposed as a solution to global warming: Adding iron can vastly increase the production of phytoplankton, which pull CO2 from the air.

By doing so, the plankton may also decrease the amount of CO2 that reaches the water and dissolves. Unfortunately, modeling suggests this technique may be of limited effectiveness.

Even as a climate-change solution, iron fertilization, like other geoengineering strategies, is quite controversial, in part because of its own potential effects on the ecosystem. Scientists are exploring other oceanic CO2 removal strategies that may be less controversial, such as planting more aquatic vegetation.

The other solution, of course, is the same solution that will reduce global warming: limit CO2 emissions. So far, generating the political will to reduce emissions has proved difficult. But the oceans—and all of the people who depend on them—give us one more reason to fight.

Could the runaway greenhouse effect come to earth?