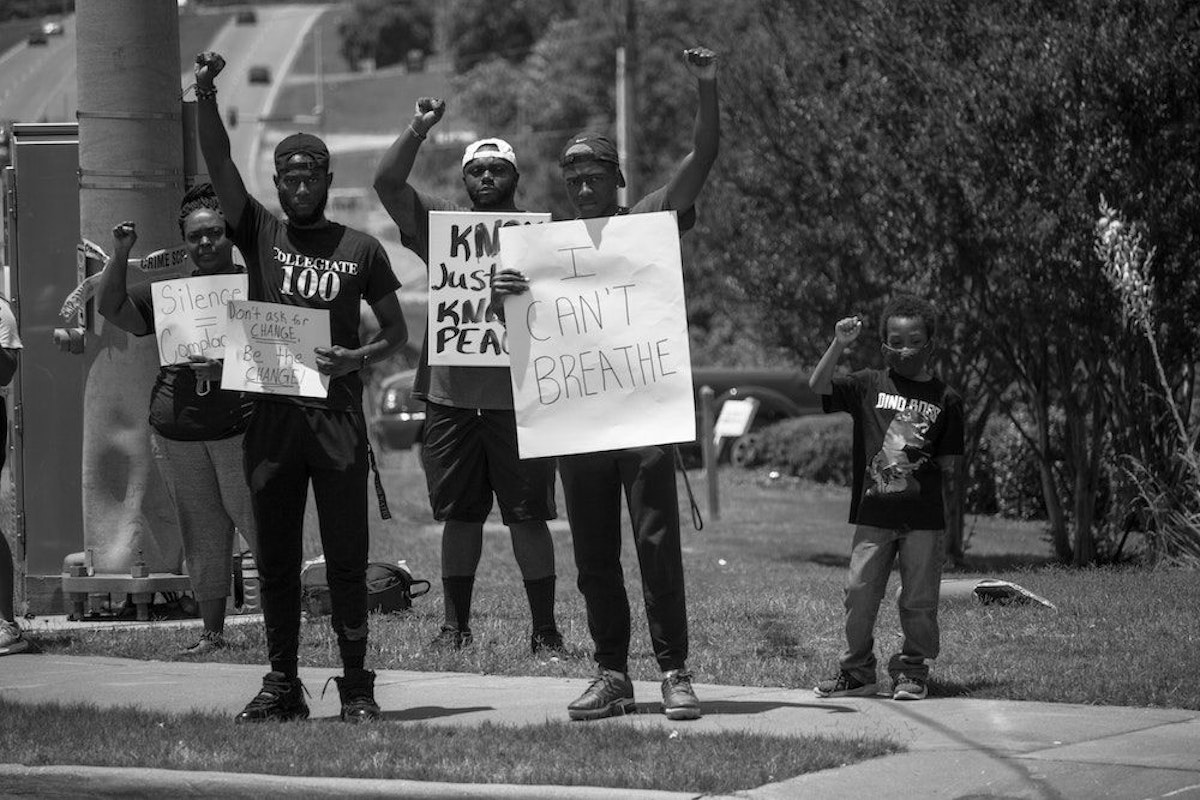 From a global perspective, it's one small piece in a slow-motion disaster. There is no more emissions-intensive form of electricity available. That means every operating coal plant takes us one step closer to our collective doom.

From a local perspective, though, the disaster has already arrived. Coal-plant emissions are not just greenhouse gases; they are also toxic and carcinogenic, and lead to 30,000 premature deaths each year just in the United States.

Those deaths are not equally distributed. Study after study has shown that Black Americans are far more likely to die due to air pollution than their white peers. They are exposed to more coal exhaust—and also also exposed to more road dust and diesel fumes and agricultural particulates, to more of every category of pollutant examined in one recent study.

Recently, as protests over police brutality have erupted across the U.S., we decided as a team to use some of our resources to support urgent and essential work in the fight for climate justice. In early June, we committed to donate half of that month's revenue to an organization pursuing climate justice. Recently, we completed that commitment, via a $3,100 gift to the N.A.A.C.P.'s Climate and Justice Program.

We weren't sure how or even whether to publicize that fact. We are a predominantly white company, and we don't want to pat ourselves on the back. One donation is far from enough. But we see this as the beginning of a long-term commitment at Wren, and we decided that it was worth sharing with our community the connections we see between climate change, climate justice, and racial justice, especially here in the U.S.

The U.S. economy has always depended on racist exploitation. Before the widespread use of electricity, human beings were the fuel that powered the agricultural economy—especially human beings who were enslaved. Cotton farming, which launched one of the nation's first great economic booms, could only flourish through an "unflinching willingness to use violence on nonwhite people and exert its will on seemingly endless supplies of land and labor," as the sociologist Matthew Desmond put it in the New York Times Magazine. The calculus is obvious: the profit of the few and powerful mattered more than the lives of the enslaved.

Soon after slavery was made illegal, the use of coal exploded in the U.S. The calculus did not shift, though. Relentless pursuit of profits was prioritized over the health of the environment: Some ecosystems were deemed expendable as mountains were torn open into mines. Some people were deemed expendable, too, including the workers in the mines and the residents who lived near the coal plants, with all their toxic pollution.

The profit of the few and the powerful has always seemed to matter more than the lives of Black Americans.

More than a hundred and fifty years later, it is still Black Americans who suffer most for our nation's fossil fuel economy. According to a 2014 N.A.A.C.P. report, the majority of Black Americans live within 30 miles of a coal plant, and thereby suffer most from their deadly effects. The loss of life alone is appalling; but because Black people die earlier due to air pollution, they work fewer years and earn less money. So coal emissions, like other forms of air pollution, are also expanding the wealth gap that was first created by slavery.

Now, unless we take action, climate change will further broaden this gap. Black Americans live disproportionately in the states most likely to be battered by bigger storms and rising seas. (In one recent poll, more than half of Black Americans indicated that they are already suffering due to climate change.) When disasters come, people in poverty often lack the resources to prepare or recover. Often, government recovery efforts are steered towards the wealthy, which often means white people.

The N.A.A.C.P.'s Environmental and Climate Justice program empowers Black communities by creating resources like the Coal Blooded Action Toolkit, which is specifically targeted at helping  activists shut down coal plants. This is work that feels close to our own. Every coal plant shuttered, after all, means a cooler future. But, it also means cleaner, healthier communities: more justice, too.

This one donation is not enough. More work will be needed.

As a Public Benefit Corporation, Wren is legally bound by its charter. And in our charter, we recognize that climate change is "a multifaceted global problem." We have committed to soliciting and considering input from "a global audience across ages, genders, ethnicities, abilities, backgrounds, and identities." Given this commitment, one donation is not enough. We know an important next step is diversifying our own team. We're committing to being transparent and self-critical in our interview and evaluation process, and investing in identifying a diverse candidate pool. As our team grows, we will sustain that transparency, sharing salaries to ensure there are no racial disparities.

We are also discussing how to lift more—and more diverse voices—on this blog, and are exploring the possibility of including climate-justice initiatives as projects directly supported by Wren's subscribers. (If you know of exciting initiatives that are working on climate justice in the U.S., please let us know.)

There are other voices already telling this story far better than we can, just as there are essential leaders whose work is too often under-recognized. We encourage you to read the work of writers Mary Annaïse Heglar and Emily Raboteau and Drew Costley; to support activists like Sharon Lavigne, whose group Rise St. James is successfully stopping the expansion of petrochemical facilities in Louisiana, or Elsa Mengitsu, who, along with other young leaders, are providing moral clarity. Find leaders in your own community, and use your resources to help put them in the positions of power they deserve. This is simply what justice demands.

What is the Green New Deal?