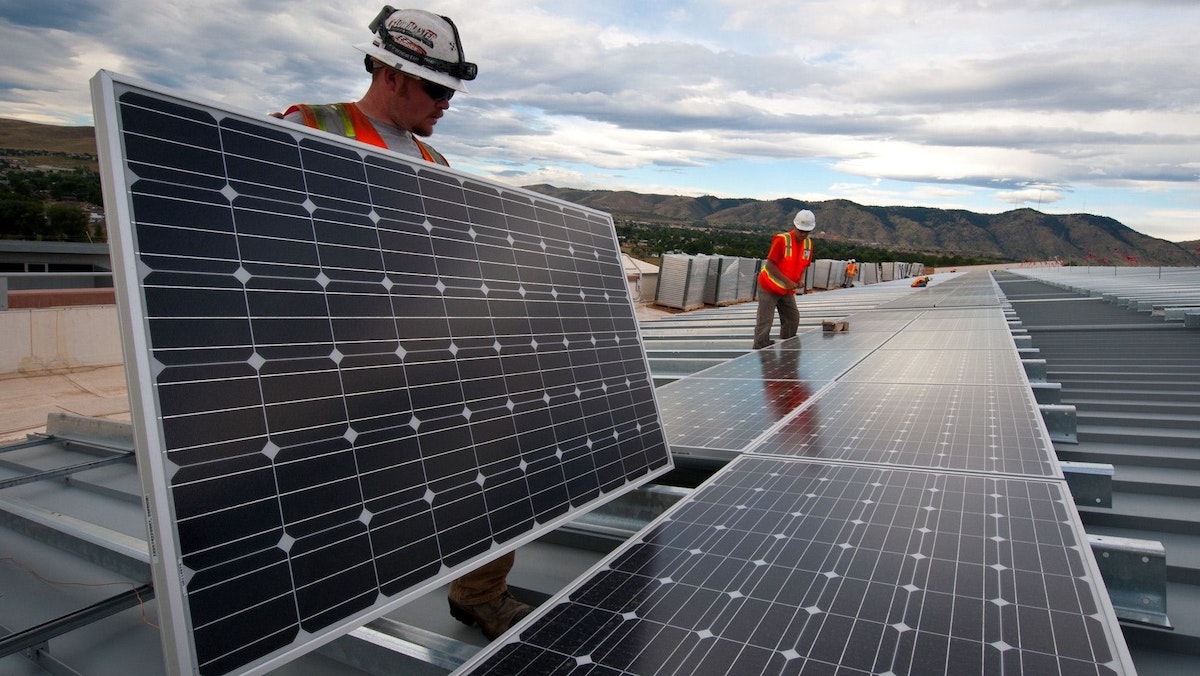 The Green New Deal is, even conceptually, somewhat overwhelming: This is an ambitious and far-reaching proposal that would reshape the entire United States economy—not just to fight climate change, but inequality, too. That will necessarily involve a range of strategies, and literally thousands of projects across the country.

For now, though, it's better to think of the Green New Deal not as a concrete enterprise but instead an idea. The specific strategies will be decided later—if the Green New Deal becomes real, that is. This is a call to arms, a philosophical statement. It's a catchy phrase, meant to stick in people's minds and spur a bigger conversation.

What is actually proposed by the Green New Deal?

All we've got right now is a proposed bill, 14 double-spaced pages in a very large font. That's it: 14 pages!

The bill begins by making clear the severe consequences of climate change. It also notes what it calls "related crises," including the eroding power of workers and an increasing racial wealth divide. Then it turns to the proposed solution: a "10-year mobilization."

The bill calls for a massive, ten-year investment in jobs and technology with the intention of reducing U.S. carbon emissions to net zero and broadening economic opportunities.

This means a massive investment: money for renewable forms of electricity, for greener buildings and infrastructure, for community projects meant to protect against climate disasters, for agricultural practices meant to increase soil health. These broad categories (and others, too) are noted, but specific technologies are not mentioned in the bill.

This investment is meant not just to reduce U.S. emissions to "net zero." It's also meant to create an economy that can "counteract systemic injustices." The bill requires that the government create "high-quality union jobs" and guarantee all Americans a living wage, high-quality health care, and affordable housing.

Where did this come from?

"Green New Deal" is not a new phrase; it dates to at least 2007. Barack Obama mentioned the need for a Green New Deal in his presidential platform in 2008, and the United Nations called for a "Global Green New Deal" in a report the following year.

Its recent resurgence into public consciousness can be credited to young activists. In November 2018, two hundred protesters—mostly from a group called the Sunrise Movement—gathered in the office of Rep. Nancy Pelosi, the speaker of the U.S. House of Representatives. When a newly elected congresswoman, Alexandria Ocasio-Cortez, joined the protest, she set off a wave of coverage: Here was a brand new legislator, willing to stand up against her own party's leadership.

After Ocasio-Cortez was seated in 2019, she introduced the bill referenced above, sketching the outlines of a potential Green New Deal. (Sen. Ed Markey introduced a matching bill in the Senate.) At the time, the Democratic presidential primary was still being hotly contested; many of the leading candidates leapt to co-sponsor the bill.

How has it been received?

A month after the Sunrise Movement protest, a poll conducted by Yale University found broad support for the ideas at the center of the Green New Deal. And the support was not just from Democrats: 64% of self-reported Republicans voiced support for these causes.

There is an important caveat to these numbers: The researchers expected them to change quickly. Most of the interviewees admitted that they knew little about the bill—and, as the researchers noted, were likely unaware that it had been brought forward by Democrats. Just four months later, the same researchers conducted a follow-up poll and found plunging support among Republicans. (One particular predictor of their knowledge of—and opposition to—the bill: whether or not the respondent watched Fox News.)

The biggest impact of the Green New Deal may actually across the Atlantic Ocean. In late 2019, European Union leaders unveiled their own "European Green Deal," which has the same core philosophy as the Green New Deal, though it pursues carbon neutrality on a less ambitious timeline.

What is the status of the Green New Deal?

In the House, the bill never emerged from committee. In the Senate, meanwhile, the bill did not pass—unsurprising, given the Republican majority. That does not mean the Green New Deal is dead, though; the upcoming elections could substantially shift its prospects.

Republicans believe that by depicting the Green New Deal as a "utopian manifesto" and a "socialist fantasy," they can win on this issue. (Some of the specific Republican criticisms—that, for example, the bill would forbid plane travel and disband the U.S. military—are simply falsehoods.)

If the Green New Deal is a gauntlet thrown, it seems to have worked: the conversation has changed. Whether that will impact policy is yet to be determined.

Many Democrats, though, have embraced the idea. One progressive think tank tracked presidential candidates' policy proposals and saw huge leaps in ambition in the months after the protest, including policies that address both climate and inequality.

So if the phrase "Green New Deal" was something like a gauntlet thrown—a raising of the stakes—then it may have worked. The conversation has changed. While the official 2020 Democratic Party platform does not use the words "Green New Deal" directly, many of its elements are invoked. Whether or not that becomes enshrined in policy, though, will be determined in the months and years to come.

How much is the sea level rising?