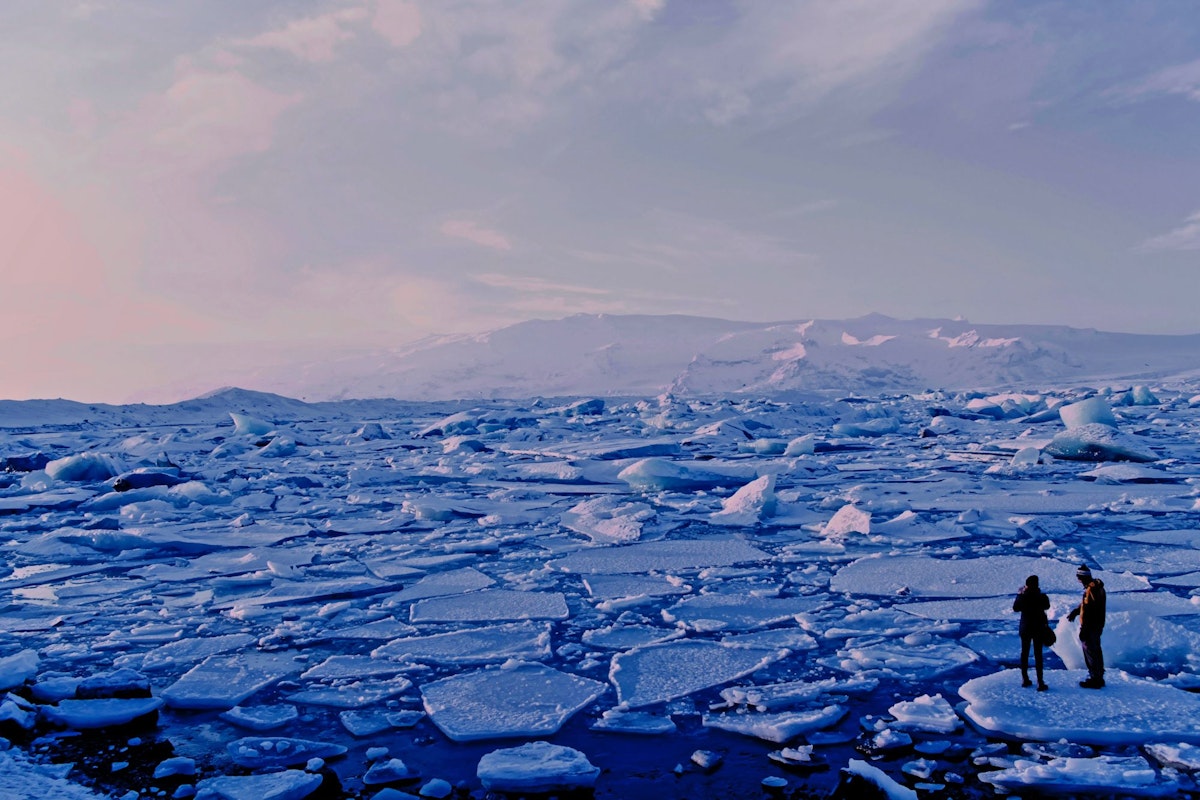 The earth is a delicate thing. If we over-fertilize farms, the water that runs off them can poison the ocean, killing off fish. Too many cars will warm the atmosphere, causing glaciers to melt and seas to rise, which will wipe away habitat for human beings and animals both. A small change can set off a chain reaction, in other words. So how do we know when we've gone too far? That's what a few scientists attempted to determine in 2009.

What are the boundaries?

Over the past 10,000 years—which encompasses most of what geologists call the Holocene epoch—the climate has been relatively stable. And that stability led to a whole new way of living: Human beings settled into villages and began to rework the landscape into farms. "Civilization" is a relatively new invention, and it has been dependent on a particularly narrow range of climatic variation.

There is a certain desirable state of the world, in other words, at least as far as human beings are concerned. Wind back the clock beyond the Holocene, and you find eras when it was too hot for us, or too cold, or where there was so much carbon in the atmosphere we'd choke on it. It would behoove us to do what we can to keep the earth within the safe conditions we've known.

The planetary boundaries concept is an attempt to help us identify that range. The paper that first proposed the idea was published in Ecology and Society in 2009 by a set of experts who studied various earth systems. Together, they suggested seven categories where tipping points might be likely. For each, they selected a specific, measurable "boundary"—a limit that would keep us well short of any tipping points.

These boundaries are not always simple or intuitive, unfortunately. Here's an explanation of each:

Whew! A long list, though we're not quite done. There were two other tipping points the scientists were worried about, but for which they could not find a good way to define quantitative boundaries.

How were these boundaries developed?

The idea of planetary boundaries can be traced back to a famous report published in 1972, The Limits to Growth. Based on simple computer models, the report explored whether or not population growth might lead to a state of collapse, due to the limited nature of most resources. Its answer: Yes, it probably will.

The idea that we might have to limit growth proved enormously controversial. After all, it would upend our standard approach to the economy.

The report was enormously controversial, especially among economists. Some pointed out that breakthroughs—especially in farming—had allowed us to increase our efficiency, and thereby avoid straining finite resources. As human populations grew, so too might innovation, which means there needn't be any end to growth. We'll just find more and more breakthroughs.

Recently, though, especially in light of the climate crisis, the core ideas in the book have been reexamined. In 2008, one researcher analyzed the report's predictions and found that they had been quite accurate, so far. That same year, a number of scientific papers began to discuss the potential that there are "tipping points" that, once crossed, set off irreversible changes. Into this zeitgeist arrived the 2009 paper on "planetary boundaries."

The authors carefully distinguished their concept of "boundaries" from what they called "thresholds." Thresholds are the tipping points; the paper's authors suggested that the abrupt retreat of Arctic sea ice was one already familiar example. Obviously, we want to steer clear of all thresholds—but we cannot know exactly where they lie.

Thus the proposed "planetary boundaries" were meant as a safe zone, one that will keep us well away from tipping points. The authors made clear that these boundaries were entirely human-determined. To set a boundary, we had to find certain variables to serve as proxies for larger, more complex systems, and make subjective decisions about how much was too much.

How are we doing?

We have already pushed past three boundaries. CO2 concentrations have reached 415ppm, well above the 350ppm boundary. Radiative forcing is more than 2 watts per square meter higher than in 1750. We should be worried about climate change, in other words.

There are other boundaries scientists know we've broken, too, even if they've been hard to pin down numerically. Extinction rates, for example, are difficult to know precisely but are likely as much a thousand times higher than the background rate today. Scientists believe we have passed the boundary for nitrogen flows, too, though precise global numbers are hard to come by.

There is one positive note: a few decades ago, everyone was worried about ozone depletion. Thanks to international cooperation, governments managed to address that problem. We are nowhere near a tipping point as a result.

How has this concept been received?

When the initial paper was published, some scientists had quibbles. There were worries that the precision of the numbers might give the public the sense that we understand the world better than we do. Even the very idea of a "safe zone" was criticized, as it might allow leaders to feel like we can churn along for now, and not worry until we get close the boundaries. Because these boundaries collapse complex problems into single numbers, they can also mask local problems. Specific regions will face calamitous freshwater declines before we ever reach the global limit—some waterways are already over-stressed, in fact.

The concept has proved useful, and is frequently referenced at the United Nations. Scientists and economists have started to expand its boundaries by adding new ideas.

Still, the concept has proved useful, and is frequently referenced at United Nations meetings. Some scientists have sought to add more boundaries: terrestrial plant production could offer an easily measured proxy that encompasses other, harder-to-capture boundaries like biodiversity. (The boundaries already overlap, and were designed to do so.)

Charts depicting the planetary boundaries often take a circular form; inspired by this design, the economist Kate Raworth has proposed the a new concept of "doughnut economics." She has set not just limits to growth, but also minimums: what is the safe and just space within which all humans deserve to live?

Raworth's insight is important. We cannot let our efforts to protect the environment blind us to questions of justice. Concerningly, when researchers, updated the calculations from The Limits to Growth and looked into the near future, they found that the doughnut was "a vanishingly thin ring." Even for the eight billion people already on the planet to live a decent life will require us to more than double our resource efficiency. It's time to make some adjustments, it seems.

What is ocean acidification?