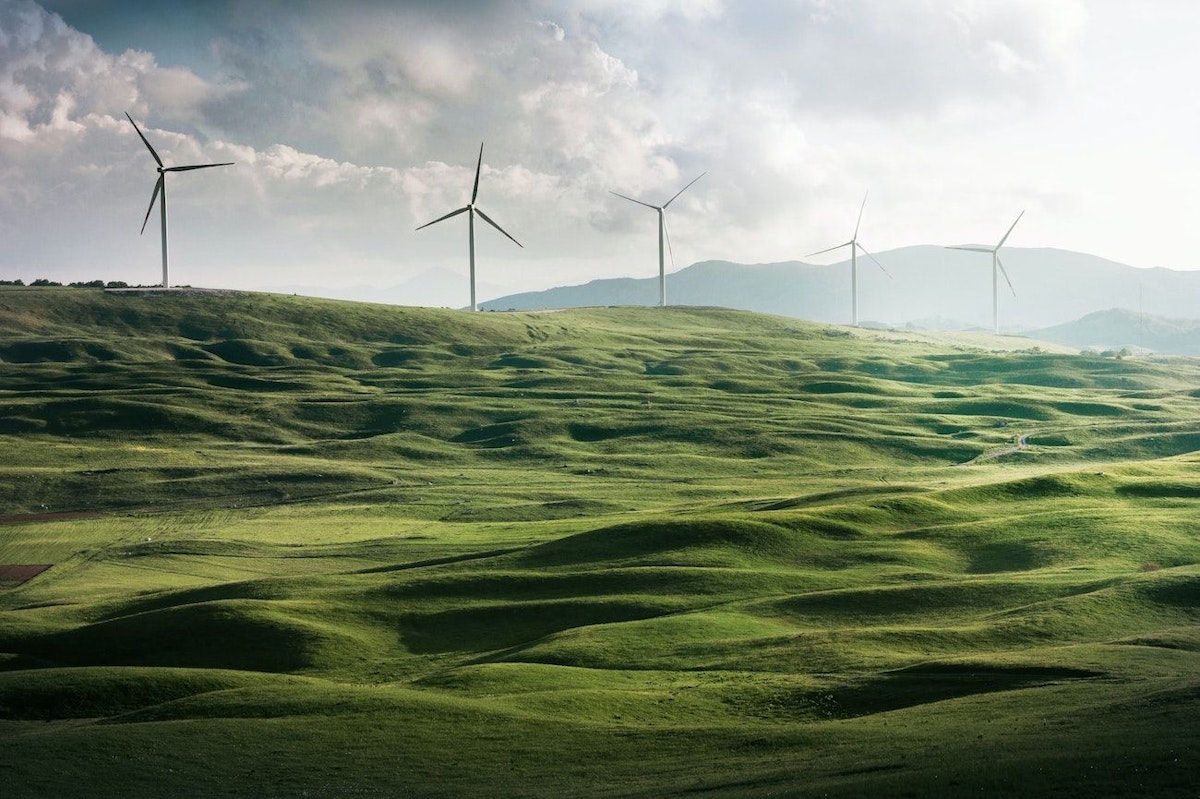 Electricity can seem almost magical in the way it’s just there. Flip a switch, plug in a cord—bam, silent and invisible, energy flows.

Electricity is just one of the many resources required to live our modern lives. But energy does not come from nowhere. It must be generated, then carried to our homes. Gas needs to be pumped into our cars. And this process has troubling side effects—including the rapid warming of our planet.

Among the potential solutions are renewable resources—those that “restore themselves over short periods of time and do not diminish,” as the U.S. Environmental Protection Agency puts it.

Spanning a broad range of energy sources, “renewables” are not just about stopping climate change.

Examples include solar and wind energy, as well as "biomass" fuels like ethanol and geothermal energy. Spanning a broad range of energy sources, “renewables” are not just about stopping climate change. Let’s unpack what the phrase means.

First, it’s worth noting the various ways we consume energy. Electricity powers our phones and laptops (and light bulbs and refrigerators). Fuel runs our cars (and airplanes and tractors). We cook on stovetops and warm our buildings when cold weather arrives.

Let's look at the United States, since that's where Wren is headquartered: here, 80% of the energy, as of 2018, comes from burning fossil fuels. That name refers to how these materials were formed: ancient plants and animals, after dying, were buried under layers of sand and rock. The weight of the rocks, over millions of years, transformed the organic materials into flammable, hydrocarbon-rich coal and petroleum and natural gas. These fuels can be burned directly to provide heat, and they also produce the majority of U.S. electricity: heat produced by fossil fuels boils water, and the steam spins giant, electricity-producing turbines.

Another 8% of U.S. energy is produced with a different mined resource: uranium. This is a metal whose atoms are unstable, making them easily splittable. Splitting atoms, or nuclear fission, produces enormous amounts of heat—which in the U.S. is used almost exclusively to generate electricity.

One obvious problem here: once burned, these fuels can’t be replaced—meaning we may one day run out. As supplies go low, prices jump. There are already conflicts brewing over limited supplies of fossil fuels.

There are already conflicts brewing over limited supplies of fossil fuels.

Some renewable resources are ancient: Consider wood, which has been fueling campfires for tens of thousands of years. Wood still supplies two percent of the energy consumed in the U.S.—including one percent of our electricity. This is one example of biomass, a catch-all term for burnable materials produced from animals and plants. Ethanol, a liquid fuel derived from farm crops (corn, most frequently) is another prominent example. Organic waste products can be a source of fuel, too. The cooking fuel project that Wren supports converts rice husks and corn cobs from Ugandan farms into clean-burning pellets. In the U.S., nearly half of the current renewable energy supply is from biomass—though most is used for heat or transportation fuel, not electricity.

Hydropower, which harnesses the energy of flowing water, is also ancient. (More than 2,000 years ago, water wheels in China powered trip hammers that hulled grain and broke ore.) Today, the flow is used to spin a turbine, which generates electricity. Wind, too, can also spin turbines. Hydropower and wind power each contribute around 7% of U.S. electricity. The expansion of hydropower is limited, since rivers can’t just be constructed. Wind power, though, has been growing as an energy source recently.

So has solar power, which currently contributes 1% of the U.S. energy supply. It is one of the rare sources of electricity that does not use a turbine. Instead, the materials in specially engineered photovoltaic cells absorb solar photons. This dislodges the electrons in the material, and the movement of electrons creates an electrical charge that can be sent into a circuit.

Finally, the U.S. also captures some of the geothermal energy that is produced deep underground. (Earth’s core is as hot as the surface of the sun.) By drilling wells, especially into places where tectonic plates meet and volcanic activity is common, some of this heat can be captured as steam. The earth is always generating more such heat, so this is an endless supply—though it currently makes up a tiny sliver of the U.S. energy supply.

But what about carbon?

These days the major concern with fossil fuels is not that we’ll run out of them—it’s that we’ve used too much already. When burned, fossil fuels release carbon dioxide, which as it accumulates traps heat inside the atmosphere. This is the major driver of climate change.

It’s easy to think “renewable” means, simply, “good for climate change.” And there is a lot of overlap! But these are different categories.

When biomass is burned, for example, carbon dioxide is produced as waste. The EPA still classifies wood and other biomass materials as “carbon neutral,” because new trees can be planted that will soak up the carbon released. But given that it will take forty or fifty years to replace a tree that can be burned in minutes, that designation has sparked controversy. Some scientists believe that the use of biomass increases overall carbon emissions.

Nuclear fission, on the other hand, does not emit carbon dioxide. The majority of U.S. carbon-free electricity comes from our nuclear plants—a nonrenewable resource! Some advocates see nuclear key to any attempt to “decarbonize” our electrical grid. Still, many environmental groups remain worried about safety and nuclear waste.

The majority of U.S. carbon-free electricity comes from our nuclear plants—a nonrenewable resource!

It’s not just energy that we have to worry about. Sand, a key ingredient in concrete, is increasingly hard to come by, thanks to a global construction boom. Phosphorous rock is being strip-mined and sent, as fertilizer, to farms. (Industrial agriculture’s dependence on nonrenewable resources is another reason that some environmentalists are wary of ethanol.) In the face of all these crises—and many others—scientists and engineers are looking for sustainable alternatives. Buildings made of hemp fibers, for example, or fertilizer produced from animal wastes.

What is the Anthropocene?