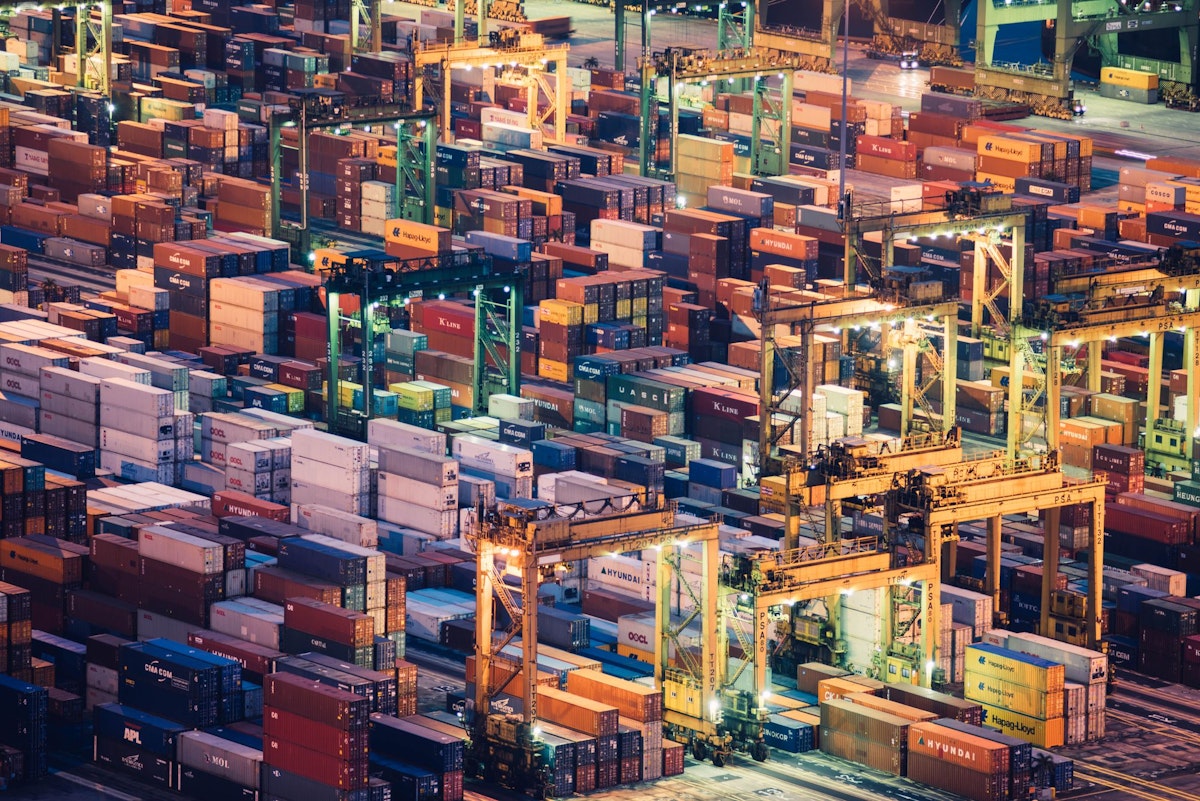 You've probably heard the word "Anthropocene" by now. But what does it really mean?

Technically, this is a term for geological time period—one that is still just hypothetical. According to geologists, we live in the Holocene, an epoch that began around 12,000 years ago. Geologists are currently debating whether we've crossed a boundary into a new era—an age in which humans are the primary driver of environmental change.

So: Welcome to the Anthropocene?

What does it mean to have crossed into the Anthropocene?

Geologists divide Earth's history into epochs (as well as other time periods, longer and shorter). Where to draw the lines between periods is always a human decision, but geologists like to select boundaries that can be observed in the world's rocks. The beginning of the Holocene, for example, can be discerned in Scandinavian rock beds: these reveal new sedimentary layers left behind by rising seas, which were caused by a rapidly warming climate.

The name "Anthropocene" means, literally, the age of humankind. Which seems to be a fitting designation: Over the years, we have completely reshaped the Earth. As we built farms and cities, huge amounts of dirt eroded into waterways. We have filled the world with plastics, which form a kind of "technofossil." We have pulled carbon out of the ground and pulled nitrogen from the air—and in so doing have warmed the climate.

The name "Anthropocene" means, literally, the age of humankind. The implication is that we have left a permanent mark on the Earth's rocks.

The effects of our work will persist for thousands of years; species that have died will never come back. Our existence is legible within the fossil record—and, really, humans are now the main driver of change within the Earth system.

Some people talk about the Anthropocene as the "end of nature": it breaks down the idea that humans and nature are separate entities.  That can feel dark—it suggests that nothing is pristine—but it might also also be a prompt that helps us realize the only way to preserve our future is to take care of the rest of the world.

When did the Anthropocene begin?

Geologists are still debating this question. As noted above, humans have impacted the Earth system in many ways, over a long period of time. Our ancestors killed off many mammals in the Americas 12,000 years ago. A thousand years later, farming began across the ocean. After another few thousand years still, as farming expanded, forests were clear-cut. Any of these could be seen as a boundary crossed.

The current proposal would place the beginning of the Anthropocene in the mid-twentieth century, when atomic bombs were first detonated.

Whether or not to designate an official Anthropocene epoch is up to the International Union of Geological Sciences, the group that officially names and defines geological time periods. A committee known as the "Anthropocene Working Group" is developing a proposal to bring to the larger group. The AWG has suggested that 1950 is a good boundary date for the Anthropocene: at the dawn of the atomic age, the detonation of nuclear weapons scattered tiny molecules called nucleotides across the Earth.

Some people don't like the way the word "Anthropocene" suggests that humans as a species are culpable for changes to the Earth system. They point out that some societies—including in particular many Indigenous cultures—have left a much smaller footprint. Critics have suggested other names, which, while sometimes clunkier, narrow the focus: the term "Capitalocene" puts the blame for widespread ecological damage on the rise of capitalism, for example. "Plantationocene" targets colonialism, and plantation agriculture in particular, as the culprit.

These names, though, come out of other disciplines—not geology. Geologists are focused on a different debate: whether or not we need to define a new epoch at all. Last year, 29 members of the Anthropocene Working Group voted in favor of the new designation. Four members of the group, though, disagreed.

No one disputed the fact that humans have changed the world. The objection, rather, is that it's overly simplistic to draw a single line marking when those changes began. All of the changes I described above—and many others, too—are part of a slowly unfolding era of human impacts. One member of the AWG suggests that rather than the "Anthropocene Epoch," a proper noun with capitalized letters, we might just continue to talk about a lowercase "anthropocene" era—an unofficial term that can be more loosely defined.

Some critics think the word "Anthropocene" spreads the guilt too widely. Not every culture has so wantonly torn up the Earth. And not every geologist thinks we even need to define a new era.

There is a more technical objection to the 1950 date, as well: Radiation will slowly wane, and eventually this chemical signal will no longer be visible in the rock record—though this won't happen for tens of thousands of years.

Where did this idea come from?

Scientists have been discussing human impacts on geological and Earth systems for decades. Occasionally proposals to name our current, human-driven era popped up, but none was ever formally pursued by geologists.

The term "Anthropocene" is often attributed to the Nobel-winning chemist Paul Crutzen, who used it at a conference in 2000. Soon afterwards, the word began to be used as an informal concept in scientific papers. In 2008, geologists began discussing the possibility of having the term formally defined.

Where do things stand now?

Last year, the Anthropocene Working Group voted to move forward with the concept. The committee plans to submit a more complete proposal to the International Commission on Stratigraphy at some point this year.

Right now, scientists are searching for what they call a "golden spike"—officially a "Global boundary Stratotype Section and Point," or GSSP—a bit of geological evidence that can be used to mark the beginning of the new epoch. That will likely be the presence of nucleotides within some specific rock formation. Scientists are looking for such evidence in ten locations, including a cave in Italy, a lake in China, and Australia's Great Barrier Reef.

This search is not the end of the process. The AWG's proposal will have to be considered by various groups within the International Commission on Stratigraphy. If it survives that process, the name will need to be ratified by the executive committee of the International Union of Geological Sciences, too.

Scientists are currently looking for geological markers that could be used to affirm the 1950 boundary; after they find it, their proposal will have to be approved by various committees.

Judging by pop culture, it seems the idea of the lower-case anthropocene is already accepted. From pop albums to podcasts to academic conferences, the word is circulating widely. And no scientist is debating the idea the fact that we have reshaped the planet. So whether or not the capitalized Anthropocene becomes an official label, the word and all its implications are here to stay.