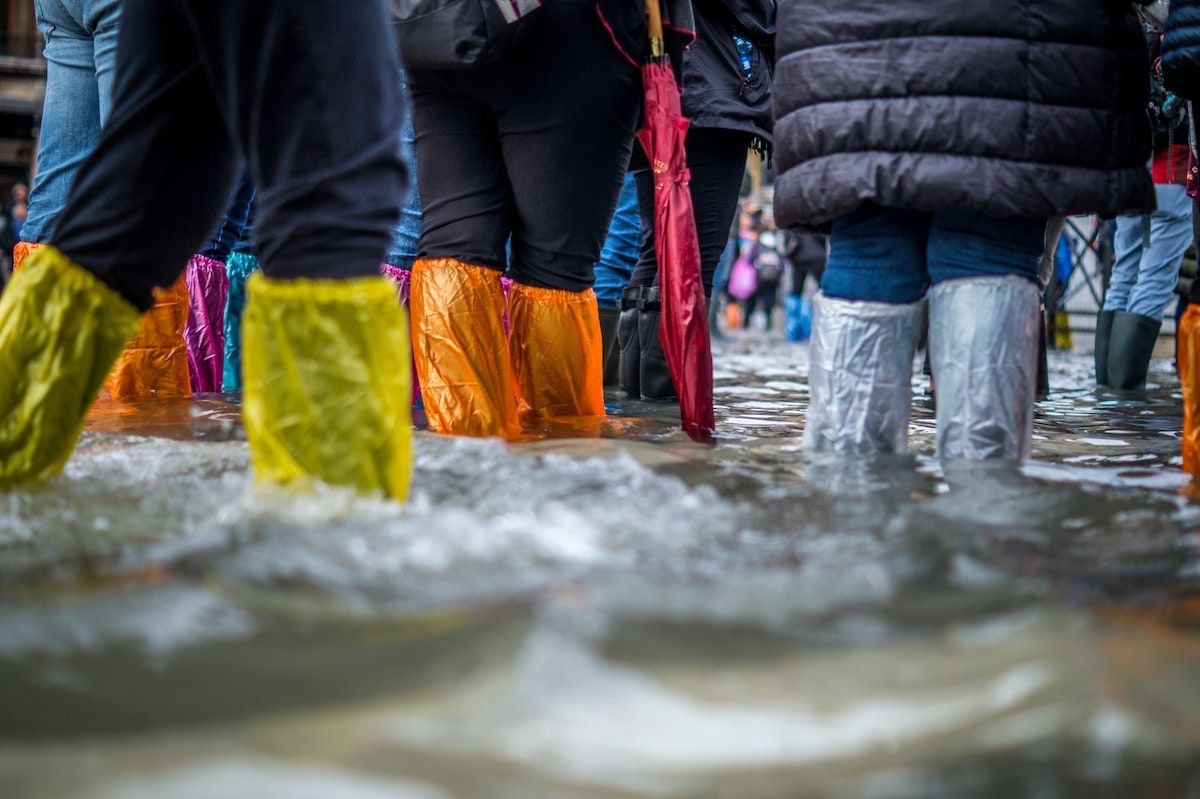 Here at Wren, we like to talk about fighting climate change—with good reason, we think, because every degree of warming will make this catastrophe worse. But no matter how hard we fight, some warming is coming. It's already here, in fact. Our hotter world has bigger and stronger wildfires than it used to. Hurricanes are dumping more rain.

Climate adaptation (or, sometimes, climate change adaptation) focuses on actions that, rather than reducing the extent of climate change, will allow human beings and ecosystems to continue to thrive despite the change.

No matter how hard we fight, some warming is coming. It's already here.

Why is adaptation important?

Aiming to adapt can seem dispiriting: it feels like admitting defeat. But facts can't be avoided. Already the world is one degree warmer than before the industrial era. Even if we cease all carbon emissions immediately, some warming will continue, given that the carbon currently in the atmosphere will keep absorbing heat for many years.

Global warming does not only raise the average temperature. It also impacts weather extremes. That is, conditions we now consider outliers—extraordinary heat, spectacular amounts of rainfall, devastating droughts—will become both more frequent and more severe. To provide just one example: scientists have determined that rainfall during Hurricane Harvey, which devastated Texas and Louisiana in 2017, was as much as 15% higher than it would have been without global warming.

The good news is that there are plenty of ways to prepare for this new world—but the sooner we act, the better we'll be.

How does adaptation fit with mitigation?

Adaptation is often discussed in tandem with climate-change mitigation—which refers to actions taken to decrease the extent of global warming. Sometimes, the two can be in competition: since air-conditioning consumes a lot of energy, it is a particularly problematic adaptation to a warmer world. Any real solution to the climate crisis needs to pursue both mitigation and adaptation together—particularly because a failure to mitigate climate change will significantly drive up the cost of adaptation.

Fortunately, the mechanisms that encourage adaptation and mitigation can be one and the same: building codes can require energy efficient buildings, helping to decrease emissions, and also encourage flood-resilient construction. Sometimes, the same action helps us adapt and mitigate at the same time: Coastal wetlands, for example, pull carbon out of the atmosphere while protecting inland cities from incoming storms.

What options do we have for adaptation?

Another important distinction is between incremental adaptations—small changes that build on the systems that exist now—and transformational adaptations, which build entirely new systems. This is the difference between, say, a farmer planting a new crop and a farmer getting out of the business entirely, or moving to an entirely different place. Most of our current approaches are incremental, though that is likely to change over time. (Caution, though, is not a bad thing: massive overhauls, if poorly considered, could have devastating effects.)

To understand the wide variety of adaptation mechanisms, we need think about not just the scale of responses, but also the different challenges we must address. Much of our adaptation efforts are focused on climate disasters—floods and fires and heatwaves—and their impacts on health and property. But climate change will also make it harder for us to grow staple food crops and put pressure on water supplies. It will decrease air quality. It will impact wildlife habitat. And all of these changes will impact the global economy.

Across sectors, then, people are looking for answers. Agronomists are working to breed and engineer crops that will be drought and heat tolerant, while individual farmers are adjusting their farming practices in an attempt to save water and ensure a productive yield. Ecologists are  mapping "climate corridors," stretches of wilderness that might allow animals to relocate from their current habitat to their likely future homes. (And for species that cannot migrate, like corals, some scientists are exploring the possibility of engineering heat-resistant genetics.)

Migration is not just for animals. It's a prominent human adaptation, too. Across the globe, people are already seeking new homes in places less vulnerable to climate change—a process that, if not well managed, is liable to spark conflict.

At what scale should we be making adaptations?

The short answer: at every scale.

One important consideration as we adapt is climate justice. Unfortunately, many of the regions that will be worst hit by global warming have less ability to adapt. So it's important that we help the world get ready to adapt, by, for example, reducing global poverty and increasing access to education.

Cooperation and collaboration is key if our efforts are going to match the scope of the crisis.

And while government leadership is necessary, it's important that local preferences and needs be considered, too. Many projects impose problematic, top-down solutions. In the United States, for example, an indigenous group in Louisiana won a federal grant to move their homes off a vulnerable island. As time wore on, though, the project devolved into conflict, since the tribe found the designs they had developed had been replaced by the state's own plan.

There is no single solution, or one-size-fits-all approach when it comes to adaptation. What's clear, though, is that cooperation and collaboration is key if our efforts are going to match the scope of the crisis. What's clear is that we must adapt and mitigate together—doing whatever we can to preserve the world as we know it, but preparing everyone for their best lives in a world that will change.