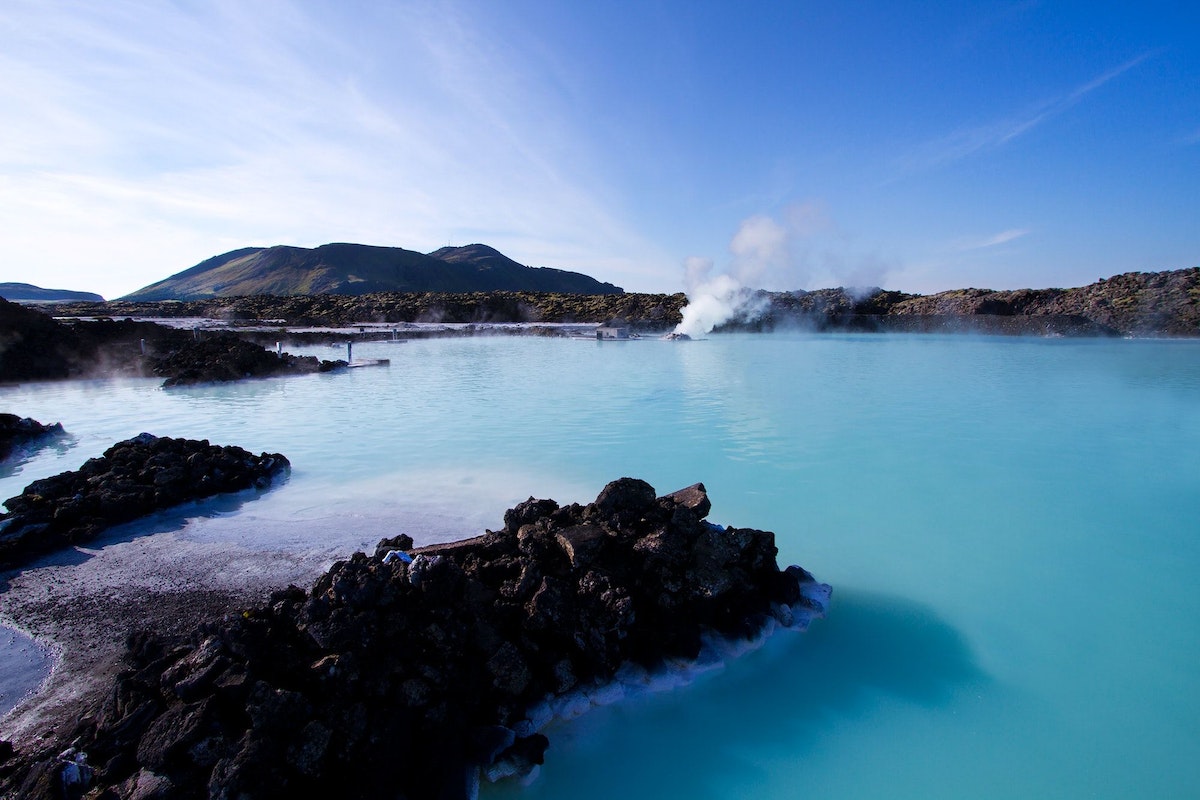 Geysers—like Old Faithful, the most famous attraction at Yellowstone—are the most obvious example of the earth's geothermal energy at work. They're the result of intense heat deep below the earth's crust pushing upwards until it boils underground water.

Hot springs, too, are the result of the geothermal activity, and for thousands of years have attracted humans for cleansing and healing—and simple pleasure of warm water. Now, they might have a whole new application: providing limitless electricity with almost no carbon emissions.

So far, geothermal only plays a small part in the world's electrical grid. But in the wake of recent breakthroughs, some advocates think that's due to change.

How does it work?

To understand how geothermal power plants work, you first must understand a bit of geology. The ground beneath our feet may be solid, but go down just a bit and you hit a layer of magma, or molten rock.

Geothermal heat is, in part, the remnant energy of earth's first creation billions of years ago.

Some of its heat is actually left over from the world's creation; some arises due to ongoing nuclear reactions. Heat rises, and in this case that means some water held within the earth's crust is warmed—sometimes so much that it bursts out through holes in the surrounding rock.

In 1864, a hotel was built near a hot spring in Oregon. The water was not just a draw for visitors; its energy also kept the facilities warm. Forty years later, a Italian businessmen figured he could use geothermal steam to power a small generator—the first time this heat was used to produce power.

This was a "dry steam" power plant. In this design, escaping steam is piped directly into a turbine, which, as it spins, powers a generator. The cooled steam can then be injected back into the earth. This design is simple and elegant, but can only be applied in places where steam is "dry," or holds no water droplets.

A "flash steam" power plant can be used more widely. Here, the wet steam—which contains some water droplets, and moves more slowly than dry steam—is piped into a chamber held at a high pressure. The pressure causes the water to immediately vaporize, or "flash." The movement of this vapor then turns the turbine.

There are also "binary cycle" plants, which are designed to function for even lower-temperature steam. The steam is piped into a heat exchanger, where a second pipe holds a fluid with a much lower boiling point. The heat of the steam boils this fluid, which then turns the turbine.

All of these methods are considered renewable, since they generate very little to no carbon dioxide. Generally, renewable resources face a supply problem: wind farms and solar panels don't work on a calm or dark day. This is one of the key conundrums we face as we try to decarbonize electricity: if we rely only on wind and solar, it will become quite expensive to string together enough plants to ensure there will always be a supply available. Some advocates believe geothermal provides a solution: There is always heat underground, after all.

What role does geothermal play today?

Geothermal has one big downside: A plant can only be built atop a functional "geothermal field." This is a place where there is a lot of underground heat and where the rocks are also permeable, allowing the heat to escape upwards to boil underground fluids. These conditions mostly occur along tectonic fault lines and volcanic hot spots.

It's no surprise, then, that geothermal power provides only a small portion of the world's electricity. The United States is, by volume, the world's largest producer—accounting for 20% of the global supply in 2019. Yet only 0.4% of U.S. electricity was geothermally sourced last year. That's because U.S. geothermal energy has been mostly limited to five western states with viable geothermal fields.

In Iceland—where there are 200 volcanoes and 600 hot springs—a quarter of the energy is supplied by five geothermal plants. The country has described its use of geothermal power as essential component of turning around its economy, as it allowed the country to reduce its dependence on imported fuels.

How can we scale this up?

In general, the deeper you go beneath the earth, the hotter things get. There is variability, though, from place to place. In some locations where there is a lot of heat just below the surface, the rock above is not permeable, so there is no steam venting upwards. Using what's called "enhanced geothermal systems" (EGS), such sites may still yield power.

The idea is pretty simple: We drill down and break up the rock by pumping it full of fluid, thereby creating our own geothermal field. The hope is that over time, as technology develops—as drills can reach deeper, especially—we'll be able to create enhanced geothermal systems almost anywhere.

For now, though, just by targeting the likeliest sites for EGS, the U.S. Department of Energy believes that geothermal capacity can be increased 26-fold by 2050. Democratic senators have suggested that it could be a cornerstone in the country's pursuit of low-carbon power.

The idea of enhanced geothermal systems is, basically, to drill down and break up rocks so as to make our own artificial geothermal fields.

We're basically proposing smashing up the earth in order to release its hidden energy. It's no surprise that some people find the idea concerning. Scientists believe that enhanced geothermal drilling set off a 5.5 magnitude earthquake in South Korea. Fracking—a similar process of injecting water into rock in order to extract hard to access oil or gas—has caused real seismic concerns, too. But enhanced geothermal drilling is more controlled than fracking, and advocates say that with careful regulation, earthquakes should be no problem.

In the meantime, there is a second technology with no real downside: geothermal heat pumps. These rely on the simple fact that the earth's crust is an insulator. In winter, the soil just below the surface is much warmer than the air above. In summer, the soil is much cooler. Heat pump takes advantage of this differential to warm and cool fluids, whose heat can be transferred into buildings.

This technology has been around since the 1940s, and while geothermal pumps are still more expensive to install than a standard HVAC unit, they are far more efficient. Compared to standard boilers, these heat pumps can reduce carbon emissions by as much as 90%—all by paying attention to the simple magic of the earth.

Why is there debate over climate change?