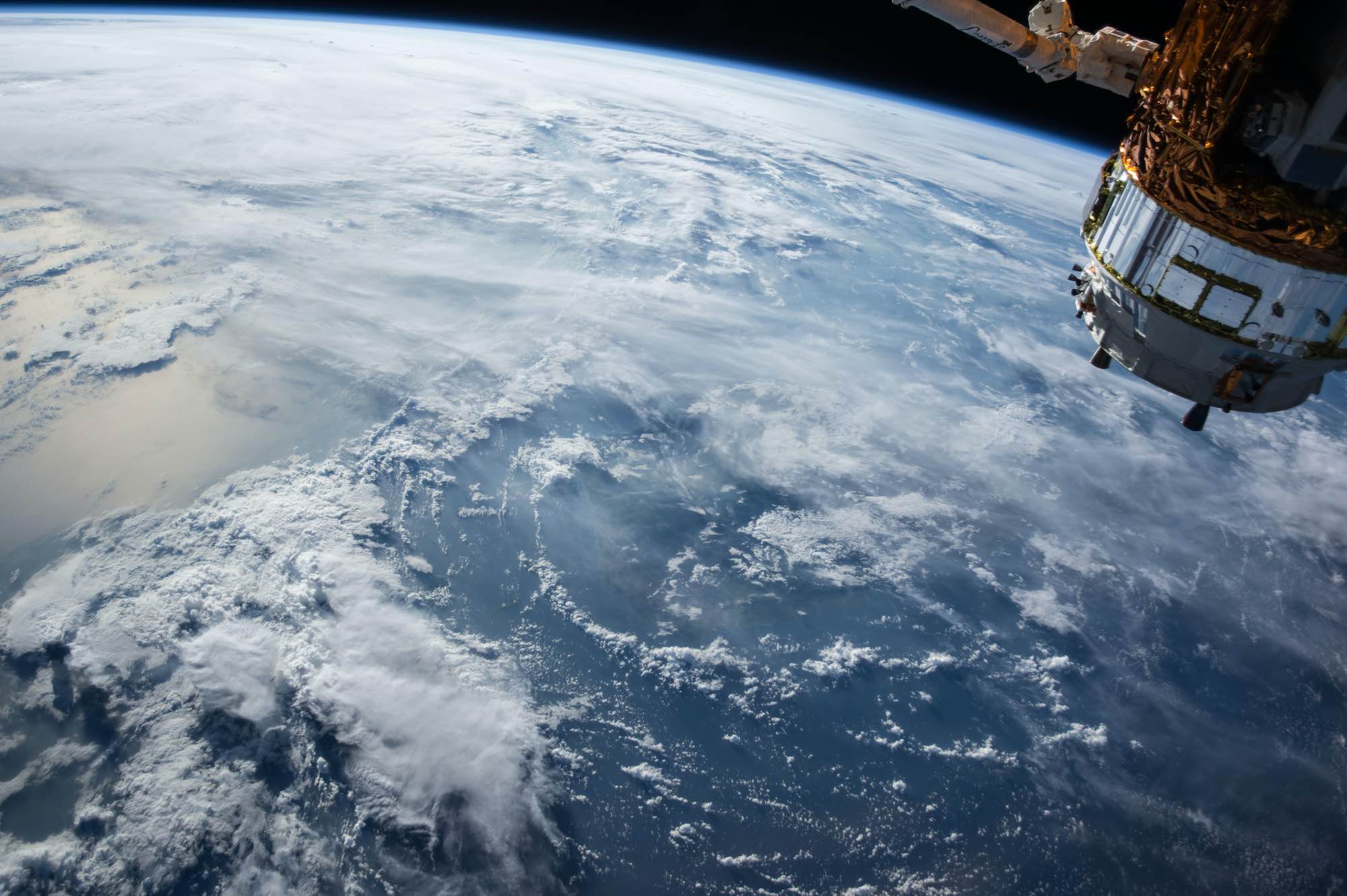 Science only progresses through debate and discussion: A theory is suggested, then it is tested through experiments and data, then it is reconsidered. Eventually, some theories become so well established that they are considered discovered truths. Gravity, for example, began as a theory, and now is known as fact.

What about human-caused climate change? At this point, this idea too has been solidly discovered. Here's how we got to today's state of certainty. 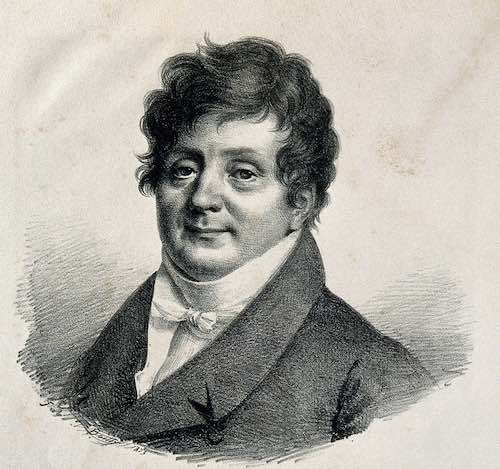 French scientist Joseph Fourier, a physicist, suggests that the presence of an atmosphere surrounding the Earth helps to raise its surface temperature. As a metaphor, Fourier compares the presence of gases to a glass box that holds in heat.
1824
American Eunice Foote deepens Fourier's theory by exploring which gases trap heat. She finds that "carbonic acid gas"—carbon dioxide, as we call it today—has the greatest effect.
1856 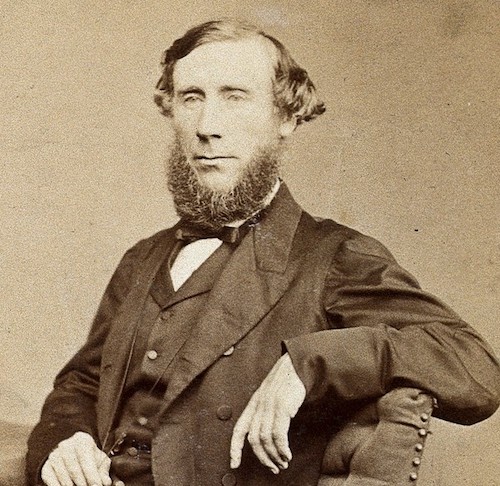 John Tyndall, an Irish physicist, reaches similar conclusions as Foote, though he was likely unaware of her research. For years, he is credited as the first person to understand the role that CO₂ plays in global warming, and Foote's research is unrecognized.
1859 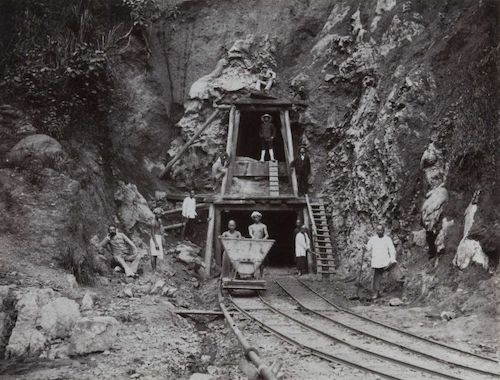 Svante August Arrhenius, a Swedish chemist, connects the dots: He notes that burning fossil fuels increases the amount of CO₂ in that atmosphere, and that CO₂ causes warming, and that therefore humans might be able to cause an alarming rise in global temperatures. "We are evaporating our coal mines into the air," he complains.
1896

American geologist Thomas C. Chamberlin publishes the first model of the global carbon cycle—the process by which carbon is exchanged between rocks, water, living creatures, and the atmosphere—in an attempt to explain previous ice ages. Drawing on Arrhenius's ideas, he notes that these flows exist in a "delicate balance"—one that humans could knock askew.

1897
Building on Fourier's earlier "glass box" metaphor, the idea of climate as a "greenhouse" is first mentioned in a scientific article.
1901
As scientists better grasp the history of the climate, they begin to worry about potential changes—though at first global cooling is as much of a concern as warming. (In 1932, a meteorologist writes in The Atlantic that we may be "teetering on an ice age.") By the end of the decade, British engineer Guy Callendar demonstrates that global temperatures have already risen—that global warming is clearly underway.He also confirms that the culprit is rising concentrations of atmospheric CO₂.
1930s 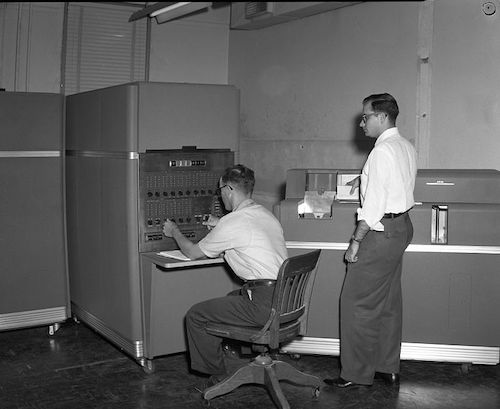 The first computers were bulky, but still a breakthrough. Image credit: Texas A&M

1950s
The decade kicks off with James Keeling's measurement of atmospheric CO₂—315 parts per million—the first time an accurate figure is recorded. Computer models of the climate become increasingly intricate, allowing scientists to predict the specific temperature impacts of increased atmospheric carbon.
1960s
In 1975, the phrase "global warming" makes the title of a scientific paper for the first time. Still, some scientists remain concerned about cooling, especially as they come to understand that aerosols—liquid droplets or small bits of solids suspended in the air—reflect sunlight away from the earth. By the end of the decade, though, warming has become the clear focus of concern.
1970s 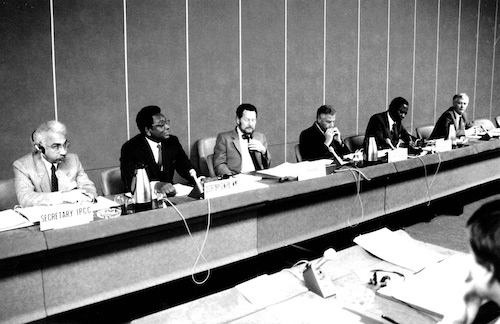 In 1979, a new global organization—the World Climate Programme—is launched to help coordinate research. Throughout the succeeding decade, scientists lean into the policy realm, publishing government-facing reports and testifying before legislators. At a 1985 conference in Villach, Austria, a group of scientists publishes a clear warning about climate change. Then, in 1988, the Intergovernmental Panel on Climate Change (IPCC) is created. It continues to publish the gold-standard studies on climate change today.
1980s
Using new data sources, scientists develop a clearer picture of how the climate has changed in the past. It becomes apparent that past mass extinctions were caused by increases in atmospheric carbon.
1990s 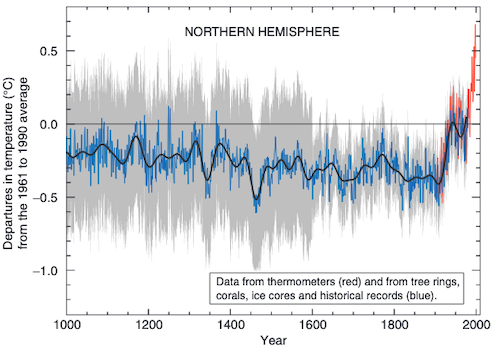 The "hockey stick" graph, as published by the IPCC in 2001

In a 2001 study, the U.S. National Academy of Scientists notes that the increasing clarity of climate science over the previous decade constitutes a scientific "paradigm shift." That same year, the IPCC publishes a graph showing a sharp uptick in global temperatures after a thousand-year decline. This becomes known as the "hockey stick" graph, and is widely cited in the media. Scientists also realize that carbon dioxide lingers in the atmosphere—meaning that even if we stop emissions immediately, the problem will not be solved.
2000s
Repeatedly throughout the decade—nearly every other year, it seems—records are broken for the hottest year ever: in 2010 and then in 2014, then 2015 and 2016. In 2016, too, for the first time in millions of years—since long before the dawn of humanity—the amount of carbon dioxide in the atmosphere tops 400 parts per million.
2010s
New models now allow scientists to attribute climate change as a cause of specific weather extremes, like hurricanes, droughts, and heat waves. New research has helped illuminate the intertwined effects of ice and oceans—and the potential for melting ice to kick off a feedback loop. At this point, really, the general science is established, and it’s clear that we need to now focus our attention on finding more solutions.
2020+