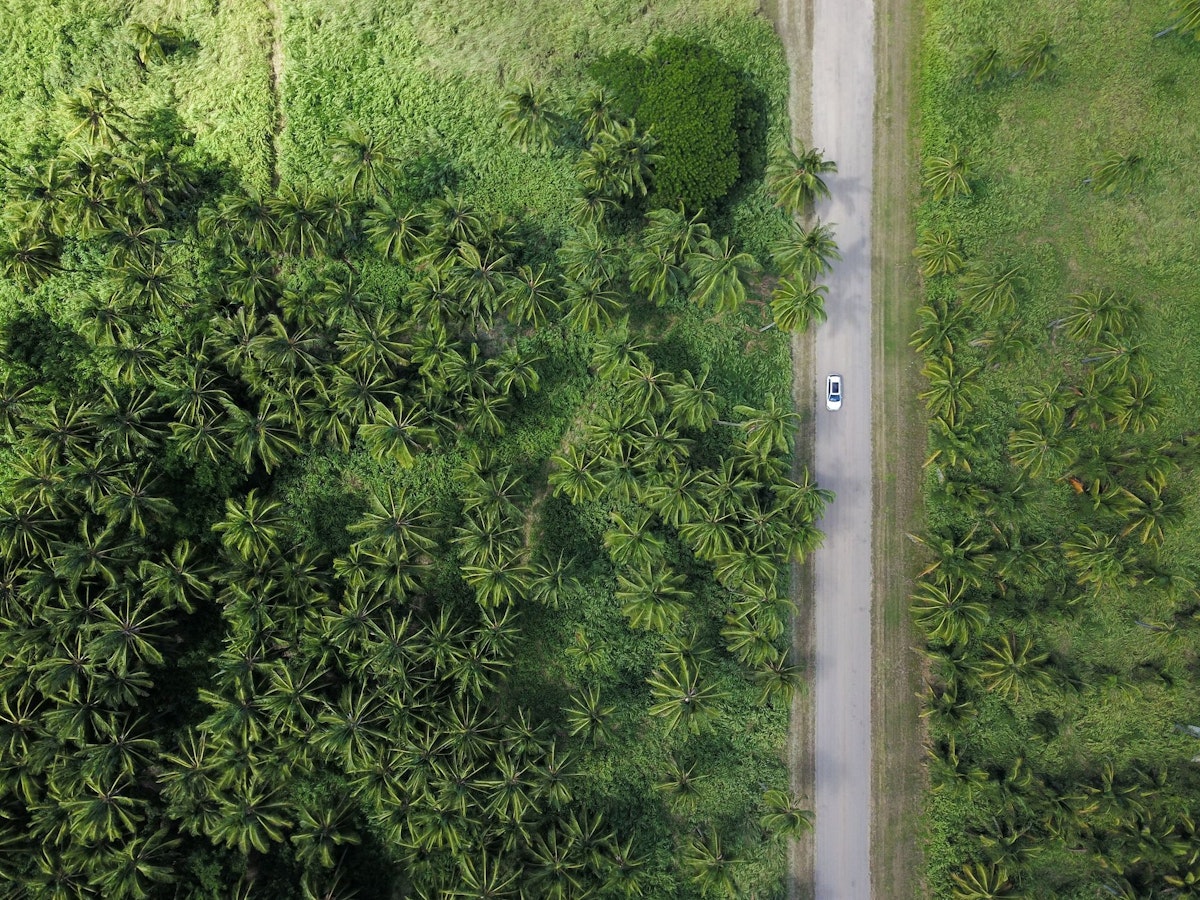 These sorts of documents are useful, but sometimes a list makes it easy to select low-hanging fruit, rather than really pausing to think about the consequences of our lives. To live sustainably—to build a life that does not overly drain the world's resources—requires a deeper understanding of the concept. Which is what I'll try to provide here.

As the word implies, sustainability is the practice of sustaining the world. Our lives depend on resources that come from the earth: food grown in the soil; wood pulled from forests; fuels extracted from deep underground. Sustainability involves using these resources at rates that allow for their replacement or replenishment.

Sustainability is like "net zero," but for more than just carbon. It involves living at a pace that allows Earth's resources to be replenished.

"Net zero" has become a familiar phrase these days, an update on the idea of being "carbon neutral"—ensuring that you are offsetting your carbon emissions. You can think of sustainable living as being net zero not just in terms of carbon emissions, but in terms of resource consumption more broadly.

Scientists have identified nine "planetary boundaries," hypothetical red lines that, once crossed, might mean irrecoverable damage. Among other categories, there are boundaries for how much freshwater we're withdrawing, how much CO2 we're releasing, and how quickly species are disappearing. (For a full accounting of the planetary boundaries, see this post.)

A fully sustainable life needs to consider all of these categories—and even more. Human culture and society deserves to be sustained too. Consider the United Nations concept of "sustainable tourism": it targets ecosystems and social systems both. Does everyone have access to good, fair jobs? Are traditional cultures being preserved?

The economist Kate Raworth has added some of these considerations to the planetary boundaries to create a doughnut-shaped ideal zone: she proposes using few enough resources to ensure we don't cross any red lines, but notes that we need to use enough resources—and distribute them fairly—so as to provide the necessities to everyone.

Where does this idea come from?

Many cultures—particularly indigenous cultures—were built around economic and spiritual practices that emphasized sustainability. (That's why one of the best forest-protection strategies is to protect Indigenous-held lands.) In European cultures, though, sustainability began to emerge as a definable concept by the seventeenth century, when a scientific approach to forestry emerged. Foresters hoped to be able to continuously harvest timber. This idea of "wise use" of natural resources spread widely in the late nineteenth century. As I've covered previously, though, there were often debates about what wise use of nature really meant.

Some indigenous cultures have emphasized sustainability for millennia; in Western cultures, ecology itself was not a well-understood concept until into the twentieth century.

In the mid-twentieth century, new thinkers like Aldo Leopold and Rachel Carson brought an understanding of ecology to a wider audience, and in 1972 an influential report called The Limits to Growth used computer models to suggest our economy could not continue at the same pace without tarnishing the earth. By the 1980s, the idea of "sustainable development" had become common phrase at organizations like the UN.

So what can I do to live sustainably?

With that context in place, we can now turn to more concrete actions. Let's start with climate, since that's our major focus here at Wren. I've written previously about practical steps you can take as an individual to reduce your carbon impact, and I encourage you to read that post entirely. But here are some overarching considerations.

Where does your energy come from?

The writer David Roberts has advised readers to "electrify everything": your car, your stove, everything you own. For now, your electrical devices may still run on fossil fuels, since that's where much of our electricity comes from. Still, a centralized power plant is more efficient than many separate gas-burning engines. And since over time our electrical grid is likely to turn to renewables, this move will pay off further long term.

How do you move through the world?

Transportation is a major source of carbon emissions. Can you walk or use a bike to replace you car, at least occasionally? What about public transportation? To be truly sustainable, you may need to cut back on your travel, for work and for pleasure both. It's time to love where you live. (You might also read our full post on sustainable travel.)

What do you eat?

Our food is made with fossil fuels—they power our tractors and the trucks that carry our food. But agriculture impacts many other aspects of the environment, too: fertilizers cause algal blooms in lakes and oceans; forests are cut down so as to clear farmland. A vegetarian diet vastly reduces on your environmental footprint—and a vegan diet even more so, since dairy has a large carbon impact. A simple first step is just cutting back on how much meat you eat.

When it comes to food, though, there are more variables than just diet. The more you know about the farmers and producers you buy from, the better: what kinds of fertilizers do they use? Where is the farm located? Buying local only has a minor environmental impact, but it can have an important economic impact, since it keeps dollars cycling within a community.

How you eat matters, too. If compost your food scraps rather than trash them, you can help reduce the need for fertilizers and helps hold greenhouse gases in the soils. If you don't garden yourself, see if your town has a composting program. Or start a garden! Growing your own food is one more step closer to true sustainability.

How much stuff do you use?

People sometimes talk about the "three Rs" —reduce, reuse, recycle. These are good steps, but it's worth adding one more: refuse. Refuse to buy anything you don't really need. Pollution, especially plastic pollution, is a pressing problem; and since today's plastic is produced from petroleum, anything you buy that contains plastic—which is almost everything these days—adds a bit more emissions to the world.

What are your friends doing?

One final note: Our modern world, from our electrical grid to our food system, is not built with sustainability in mind. To try to become truly net zero can make for a rather difficult life. Certainly your life choices can wind up becoming an important example for others—but ultimately the world needs a major overhaul. You might consider joining organizations like the Sunrise Movement or the Citizens' Climate Lobby. Expanding your impact through advocacy is as important—or perhaps more important—than anything you might do individually.

Ready to start working towards sustainability? Sign up for Climate Camp, a weekly email series that will walk you through personalized first steps.

How does carbon capture work?