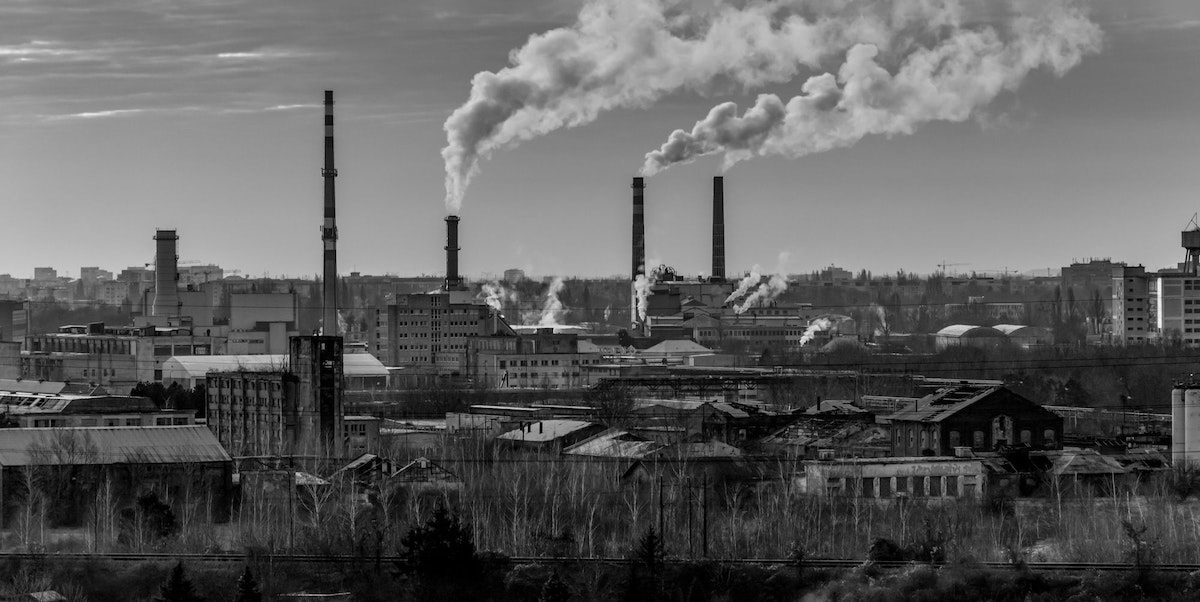 The word "aerosols" has become dismayingly familiar this year: It describes a solid or liquid particle that is suspended in the air, a category that includes the potentially virus-spreading liquids we exhale.

But there are many other kinds of aerosols, too, released by both natural and human sources—wind whipping up the soil, say, or exhaust pouring out of cars. Each aerosol particle is usually less than 10 microns in length—smaller than a red blood cell—and is therefore all but invisible, though we can often perceive aerosols in the form of smoke or haze. And all these aerosols have a significant impact on climate change.

Where do aerosols come from?

The majority of aerosols are natural, but humans also add our own. Burning wood is an obvious culprit. (Think of the smoke wafting off a campfire: that is aerosols.) Some industrial processes also release waste dust. The largest source of anthropogenic aerosols, though, is the combustion of coal and oil, which, among its many negative consequences, releases sulfur particles.

Think of anthropogenic aerosols as air pollution, essentially. The aerosols in our breath, meanwhile, sit somewhere between natural and human. They are "human-sourced," obviously, but other species breathe out similar particles.

Why should we be concerned about aerosols?

Aerosols caused major concern in the 1980s and 1990s due to what was known as the "ozone hole." Aerosols carried to the polar regions by winds helped spur the formation of clouds. These clouds set off a chain reaction of chemical events, ultimately depleting some of the ozone in the atmosphere. And this depletion allowed more UV light to enter the atmosphere—a real concern due to its role in causing skin cancer and cataracts.

Think of aerosols as air pollution. The health effects of this pollution costs the world $8 billion every day.

Certain industrial chemicals were banned by a 1987 UN treaty, which helped address the problem. Last year, the ozone hole was smallest ever recorded.

Even with the ozone problem addressed, air pollution continues to have major negative impacts. Airborne particles irritate our lungs; even short-term exposure can cause asthma and bronchitis, and over the long-term aerosols can cause inflammation that leads to cancer. Due to such health impacts, air pollution currently costs the world $8 billion daily—and kills millions of people each year.

How do aerosols affect the climate?

Aerosols aren't just a health concern. They also have complex effects on the climate—causing warming in some cases and cooling in others.

Let's examine their warming effect first. This is due to the fact that aerosols can absorb heat. Eventually, though the heat is re-emitted it in all directions. This causes the same "greenhouse" effect as gases like CO~2~: Some heat rising up from earth gets "trapped" by aerosols, rather than escaping out into space, and then bounces back and forth between the earth and the atmosphere. (You can brush up on the greenhouse effect here.)

Aerosols, depending on their type and behavior, might either warm or cool the planet.

But some aerosol particles reflect light. When incoming sunlight hits these particles, it heads back towards space, away from earth—thereby reducing the total amount of heat that enters the atmosphere.

Early in the twentieth century, the reflective effect of human-released aerosols was  causing the world's temperatures to drop. Some scientists were worried about global cooling. By the 1980s, though, it became clear that the warming effect of greenhouse gases was going overtake any cooling caused by aerosols.

The precise effects of aerosols remains difficult to model, since the behavior of different chemicals can vary so widely. Some aerosols get lodged high up in the atmosphere while others stay low. Some persist for years before falling out of the atmosphere, others just for hours. Since clouds have their own effect on the climate, aerosols' ability to seed clouds is one more wrinkle in the system. It does seem clear at this point that the cooling effect of aerosols is stronger than their greenhouse impacts. So anthropogenic aerosols may actually be protecting us from warming—for now, at least.

That shows how complex our environmental crises have become. A decrease in air pollution is likely to cause an increase in warming. Indeed, some scientists are investigating whether intentionally releasing aerosols might offer a last-ditch strategy for avoiding catastrophic climate change. That's a tough trade off, of course: humans and ecosystems lose either way. Better, then, to to make the changes we need now.

What is El Niño?